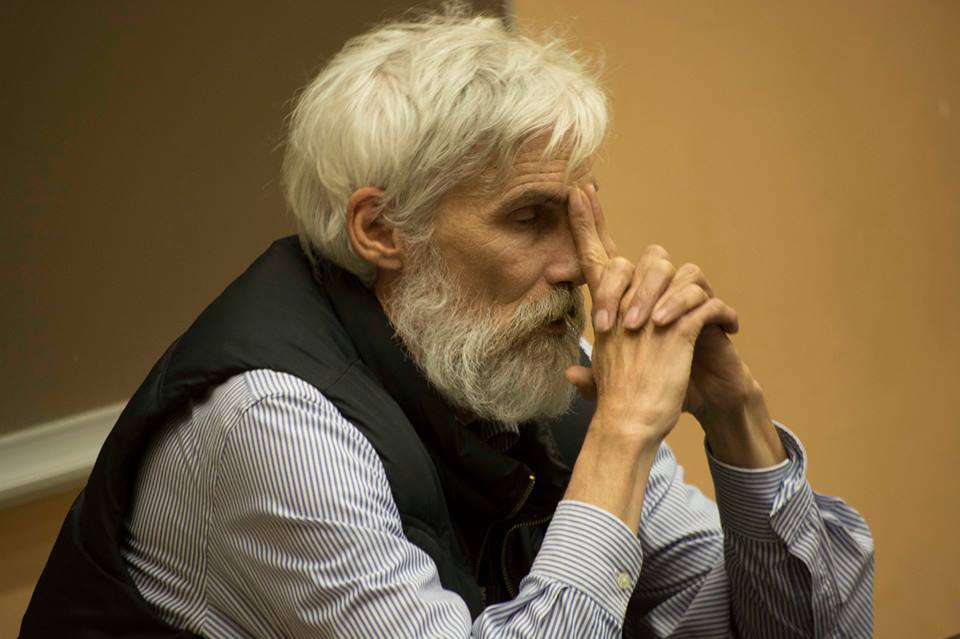 In a rousing, humorous speech, Dr. Skinner spoke to students about morals, leadership, and the future of America.

Oh, and on chickens, chainsaws, and cigarettes, too.

In Wednesday’s Last Lecture, organized by Student Council’s Communications Committee, Dr. Skinner gave a lecture to students as if it would be the last one he ever did. He took advantage of the opportunity by regaling students with a wide range of strange-but-true anecdotes that somehow always had a point.

He began by shocking the audience when he announced that the most ethical person he had ever met was a pole dancer. However, he went on to elaborate that the woman had quit a high-paying job at a casino because she saw how people could lose everything there. By doing so, Dr. Skinner had begun with an unusual or strange statement and then worked his way towards the moral of the story.

Several tales told of the dangers involved with working on a riverboat. These stories showed true courage and heroism and often pointed out that the less educated man may be the best leader, as Dr. Skinner discovered when he befriended a man with an eighth grade education but natural leadership skills.

Dr. Skinner also described another odd job he’d taken in which he cut down trees with chainsaws in a rich neighborhood. When he asked the time of a couple going down the street, they began to hurry away, assuming that because he was doing manual labor in a luxurious suburb, he was a hired man and not to be trusted. (Though the chainsaw may have aided that idea.) Unfortunately, this shows a darker side of some people.

He even managed to incorporate the audience, asking Puja Mittal (’15), Communications Committee Co-Chair, what kind of chickens grew best in a climate where temperatures fluctuated wildly. Her answer? Circular chickens. Which wasn’t far off from his answer (larger chickens contain more water, so temperature control is better), except that her explanation involved vacuums.

“Dr. Skinner did a great job of keeping us engaged with lots of stories from his lifetime, as well as from his uncle and father’s lives,” says Nicole Aldridge (’15), the second Co-Chair. “But then he tied them all back to a key thought of how America is going downhill and we need to step up.”

“I thought it was fantastic and had a good message portrayed in his hallmark style,” says Puja. “The anecdotes were highly refreshing but did show that humility can go a long way. I aspire to have half as many stories as Dr. Skinner might have in his life, and of course, I learned that the best planting chickens are circular ones.”

“My favorite story was when Skinner started talking about how he somehow managed to get stuck in a part of Rio hitchhiking with some guy who spoke Portuguese and how he got left alone,” says Johnathan Guo, a sophomore who was in attendance at the lecture. “Then he was being chased by these guys and was saved by Brazilian women with big biceps because he gave them cigarettes. And then he told us that cigarettes aren’t always bad.” Running through the streets of Rio while being pursued by baddies? Way to go, Dr. Skinner.

Dr. Skinner’s humorous ways make him a much-loved teacher at IMSA, as evidenced when he was voted to give a Last Lecture. His personal stories may be crazy, but by sharing them with students at IMSA, Dr. Skinner has left his mark. Students returned to their dorms thoughtfully considering his words and lessons, an effect that any Last Lecture should have.

For those who missed the Last Lecture or are already excited to see one again, Student Council has you covered. “The next Last Lecture is with Mrs. Cain,” says Nicole. “It’s already set because she’s leaving this year, so we want hers to be real.”

To Whom It May Concern

Be the first to comment on "Tales and Tips with Dr. Skinner"