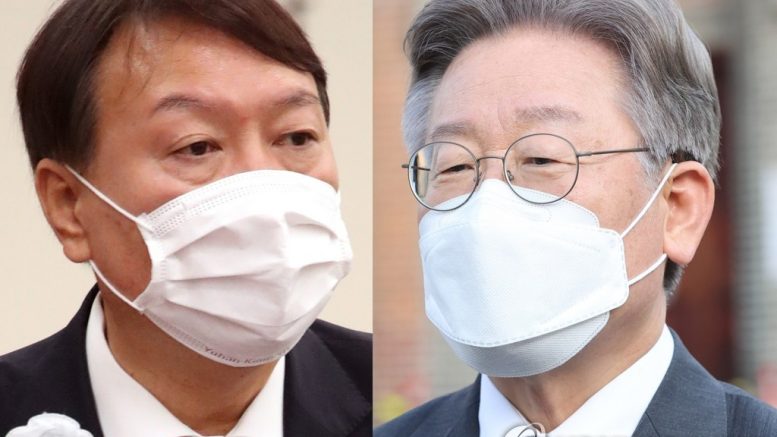 On March 9, 2022, South Korea held its presidential elections, between candidates Yoon Seok-Youl and Lee Jae-Myujng. Though the South Korean constitution is similar to that of the US, a president is only allowed to serve one term of five years. Thus, the current president Moon Jae-In will be stepping down and Yoon Seok Youl, representative of the People Power Party, will be stepping up. It was one of the tightest elections in South Korean history, with Yoon winning the popular vote by a margin of 0.73%.

Background on the Candidates and Election

This small margin indicates how close the race was, in the sense that neither candidate was necessarily the best representative from each party. There was public fighting amongst people within each party and each candidate had record-low popularity. Often, during their debates, the candidates were too busy attacking each other and their parties, not seeming concerned about the country’s needs.

Yoon, a right-wing populist who considers himself conservative, focused his campaign around economic inequality, housing issues, and antifeminist sentiment—ideals that appealed to younger males in South Korea. Before he ran for office, he was the attorney general, which was a turn off for many voters who believed he had no experience in politics. On the other hand, Lee Jae-Myung focused his campaign on climate change, the pandemic, and technological advancements. Lee is considered a center-left candidate, though many of his proposed actions were not quite aligned with that label.

However, the two candidates agreed on their stance of anti-feminism, largely due to president Moon’s unpopular policy of feminism-first. There is much speculation that this was only to gain the support of young male voters, not that they wholeheartedly believe in the ideals. Additionally, both tackled the housing issue in South Korea, one of the biggest contending points in South Korean politics.

Once the transition of power occurs to the People Power Party, Yoon has pledged to first solve the housing crisis by creating more homes. Aside from domestic issues, many are concerned about his experience in international politics, mainly due to the fact that he has never had experience. Regardless, citizens can only hope for a peaceful next five years.