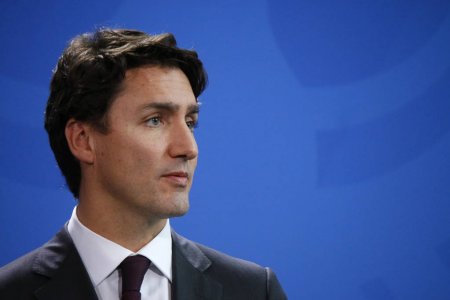 Justin Trudeau assured families that he would seek "justice" for those killed on the flight PS-752. | Source: depositphotos.com

On January 7th, 2020, 63 Canadian citizens were killed when an Iranian surface to air missile destroyed the Ukraine International Airlines jet flight PS-752. These victims were among a group of 138 people intended to Canada from Tehran. Although not all officials were quick to sum up the unfortunate loss due to the ongoing conflict between Iran and the United States, Trudeau addressed Global National about the attack with the following: “If there were no tensions, if there was no escalation recently in the region, those Canadians would be right now home with their families.”

In a press release on January 11th, the prime minister summarized Iran’s acceptance of unintentional fault, describing the loss of flight 752 and the need for a full investigation into the military decision to murder 176 civilian passengers and crew. During a phone call with Iranian President Rouhani, Prime Minister Trudeau called for full cooperation with Canadian authorities with respect to the investigation, knowing that the group that carried out the attack, the Islamic Revolutionary Guard Corps, consistently operates outside the limits of the general military command and civil government.

Within Canada, the Trudeau administration has formed a task force of immigration civil servants which is working to help those affected by the tragedy under the jurisdiction of the privy council. This hands-on, immediate approach for disaster relief taken his government mirrors the points of accountability, transparency, cooperation, and de-escalation which Trudeau consistently stressed throughout the media appearances immediately following the event.

The question Canadians, and the citizens of all the countries which lost lives in the attack, must ask is what constitutes justice as mentioned multiple times by Trudeau. As the leader of Canada’s Liberal Party (which is not the only progressive party), Trudeau may view justice in the context of an agenda to form sustainable diplomatic relations, possibly valuing peace and stability over moral governance. While the situation has not escalated further since the tragedy, events like these have the power to turn the tide of international empathy and prop up nationalist, isolationist leaders who can justify excessive military action and government control upon a threat to security.