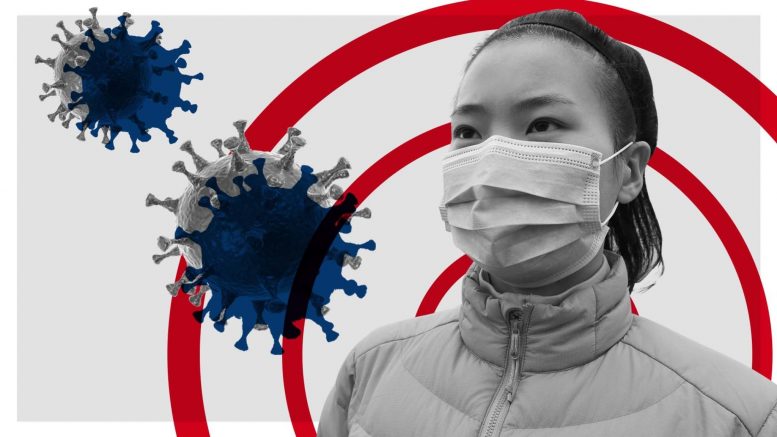 An unknown disease outbreak in China was reported on January 5th | Source: news.sky.com

A novel coronavirus from China has been circulating rapidly, claiming the lives of 200 patients and infecting nearly 9000 since a report of the first cases on December 31st. Since 1/30, the World Health Organization has declared the situation a global health emergency, and cases have spread internationally, with six identified patients in the United States.

2019-nCov, or “2019-novel coronavirus,” has raised alarms due to its genetic similarity to Severe Acute Respiratory Syndrome (SARs), the cause of a deadly pandemic that killed 774 in 2002-2003. As members of the coronavirus family, both diseases are marked by pneumonia-like symptoms and fevers. Both also originated from “wet markets” known for the sale of perishable goods, and in rare cases, wildlife.

The current outbreak began in the Huanan Seafood Wholesale Market within the central city of Wuhan. Operating within the narrow lanes of outdoor stalls, the market featured a menagerie of illegally acquired wildlife, including exotic reptiles, bovids, and poultry. The crowded environment produced the ideal breeding ground for infections. As customers flocked to the location for the sale of fresh produce, they came into contact with contaminated products and aerosols.

Similarly, the SARs virus began within the wet markets of Guangdong, China and spread to humans through cat-like creatures known as civets. The original carrier of the disease was most probably bats. Genetic sequencing has indicated that the initial carrier of 2019-nCov was likely bats or snakes, though researchers await confirmation from DNA testing of animals from the market and in the local region.

China has responded to the accelerating epidemic by imposing travel restrictions and closing tour destinations in the wake of the Lunar New Year. While the nation’s biggest holiday usually involves large gatherings and celebrations, many civilians are staying indoors out of fear of the epidemic. Government officials declared a quarantine in Wuhan and nearby cities of central China, halting public transit and air travel. Iconic destinations, including Beijing’s Forbidden City, sections of the Great Wall, and Shanghai’s Disneyland, have shut down temporarily to mitigate the coronavirus’s spread.

Despite the multiple public health measures, the coronavirus remains difficult to control. The virus spreads through close person-to-person contact, even during its incubation period. Infected persons transfer the disease through coughing, sneezing, or contacting a contaminated surface. Due to the mild symptoms of fever, fatigue, coughing, and soreness in the throat during the earlier stages, 2019-nCov is difficult to differentiate from other respiratory illnesses like the common cold. It acquires mutations as it spreads over a broader population, thereby requiring the genetic sequencing of multiple strains.

In comparison to SARS, however, the new disease does not appear to be as deadly. While SARs had a mortality rate of 10 percent, 2019-nCov has a rate of 4 percent. According to Chinese officials, most of the known deaths are associated with individuals over 50 who have weakened immune systems or underlying medical problems. In younger patients, the disease may only manifest through its mild symptoms.

Currently, over 20 countries, mainly in Asia, have observed cases of coronavirus. In the U.S., the second case of four known cases involves a Chicago woman in her 60s who returned from a trip to Wuhan, China and is currently being treated in isolation. The woman was not asymptotic while traveling, did not use public transit, nor attended any public gatherings. However, due to close contact with her husband, she transferred the disease to him, thereby causing the first human-to-human transmission of coronavirus in the U.S. As O’Hare airport, along with four airports across the United States begin preventative screening measures for travelers from China, the coronavirus’s health risk to Illinois residents and the general populace remains low.

The declaration of a “global health emergency” came soon after the confirmation of the first American human-to-human transmission case. The announcement will enable the organization to provide resources and public health recommendations to other nations, allowing for the coordination of an international response. WHO is primarily concerned with the disease spreading to nations that lack strong health systems and hopes to combat this through the declaration.

Meanwhile, the National Institute of Health is working on a vaccine, as  Chinese researchers published a sequenced genome of coronavirus on January 11. However, due to the lengthy drug development process, it may take months before clinical trials start and a vaccine is available.

The public is advised to do “what you do every cold and flu season,” according to Dr. John Wiesman, the health secretary in Washington state, speaking to CNN news. This includes precautionary measures like covering your mouth when you cough or sneeze, washing hands, and avoiding contact with people demonstrating signs of respiratory illness. Health officials are approaching the coronavirus outbreak as a serious concern, but are cautioning the public to avoid misinformation about the disease’s severity.

Be the first to comment on "China’s New, Fast-Spreading Virus Causes Alarm"