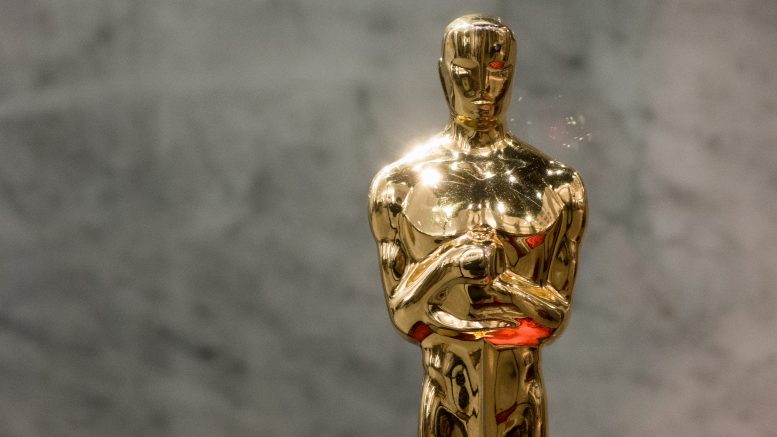 The Oscars will air at 7pm on Feburary 9th | Source: LibreShot

The nominees for the 92nd annual Academy Awards were announced on January 13th and with so many nominees, it can be a lot to process. To help you break it down here’s an analysis of some of the front runners, such as Joker, The Irishman, and 1917. To see the full list of nominees Click Here and don’t forget to watch the Oscars on February 9th, at 7:00 PM CST.

Todd Phillips’s film surely is nothing short of a masterpiece. The movie flawlessly creates a dark background for a classic villain. The movie has bought lots of praise, along with criticism. Joaquin Phoenix, having lost 52 pounds, plays the role is a raw and brilliant way. Obviously, the film was expected to score numerous Oscar nominations, and it did not upset. Joker has been nominated for 11 awards, including Best Picture, Best Actor, and Best Director.  Joaquin Phoenix did an amazing job at fulfilling the role of a psychopathic villain in this movie, clearly giving him high hopes for Best Actor. Especially with his maniac laugh giving viewers goosebumps, the actor takes the original character to a whole new level. As well, Phoenix did win Best Actor at Golden Globes. This movie is also in the lane for receiving Best Picture, based on its impeccable acting, writing, cinematography, and general mood.

In a more realistic tone, Marriage Story tells the tale of a married couple going through a rough divorce. Both Adam Driver and Scarlett Johansson show different dynamics of their acting skills and have been nominated for Best Actor and Best Actress, respectively. The fascinating plotline, coupled with incredible, has allowed the film to garner six nominations. It is alongside Joker for Best Picture, Best Actor, and Best Original Music Score. Laura Dern, a Golden Globe winner for the best-supporting actress, plays the hilarious divorce lawyer of Scarlett Johansson. Along with Laura Dern, both Adam Driver and Scarlett Johansson had some amazing moments of raw, dramatic acting. This scene in particular displays their wonderful job of playing a couple in turmoil: Click Here.

Directed by Sam Mendes, 1917, starring George MacKay and Dean-Charles Chapman, was released on January 10th. It tells the story of how two young soldiers in World War 1  must make a long journey through war-wrecked France to stop 1500 men from marching into a horrific trap of a battle. It was nominated for Academy Awards in 10 categories including cinematography, Best Director, makeup and hairstyling, music, Best Picture, production design, sound editing, sound mixing, visual effects, and writing (original screenplay).

Although its competitors have some serious firepower in these categories, 1917 should come out on top in cinematography. The cinematography in this movie is fantastic, it is so skilled that it seems to be filmed in one long breath that the audience is a part of. It was actually filmed by stitching together very long takes with the longest being about eight and a half minutes. This style of filming is very difficult and tedious because if one person messes up their blocking or forgets their line, the entire crew has to start all over again. The reaping of this work is quite bountiful as it causes readers to be more absorbed and engaged in the movie. This kind of engagement is exactly what the Academy of Motion Picture Arts and Sciences should be rewarding in their cinematography category.

This Netflix original movie and true story about a man named Frank Sheeran, portrayed by Robert De Niro, who “paints houses” which means he is a contract killer. The cast also consists of other legendary actors like Al Pacino, Joe Pesci, and Harvey Keitel. It was directed by the outstanding  Martin Scorsese, who has been academy award-nominated 14 times and won once. He is famous for his “mobster movies,” including The Goodfellas, Gangs of New York, and The Departed. The Irishman is nominated in Actor in a Supporting Role, for Al Pacino and Joe Pesci, cinematography, costume design, Best Director, film editing, Best Picture, production design, visual effects, and writing (adapted screenplay).

With a total of ten nominations, The Irishman has a lot of chances for winning, especially in the writing category. The screenplay is based on Charles Brandt’s I Heard You Paint Houses and does an excellent job translating words to screen. The competitors in the category include Joker, Little Women, and The Two Popes, all of which have good source material, but The Irishman does the best job of transcribing it.