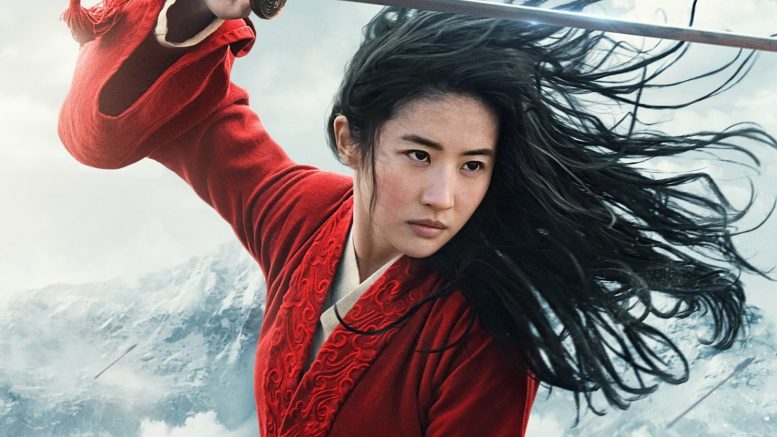 There’s no doubt that movies are inclined to modify plots, characters, and even songs over time. However, the recent adaptation of Mulan drew media attention for several significant omissions and additions to the classic film.

Mulan is currently only available for stream on Disney Plus. If you are subscribed to Disney Plus, Mulan (2020) can be purchased for $29.99.  In contrast to the usual rent for 48-hours policy, once Mulan is purchased Disney Plus, it will forever be in one’s account library.

Rather than a comedic musical like the original, this new live-action features a rather dramatic take.  Instead of including classical songs such as “Reflection” or “I’ll Make a Man Out of You,” these popular melodies are alternatively woven into the background score. Along with this, famous verses from these classical songs are turned into dialogue. For instance, the line “Bring honor to us all” was spoken in a firm voice rather than belted out during a singing scene, as in the original.

The replacement and cut-outs of certain characters also have upset many reviewers and general audiences. For example, Mulan’s guardian dragon, Mushu, was nowhere to be seen in the live-action. As a substitute, the directors introduced a new guardian phoenix. The phoenix does not talk throughout the movie but serves by helping to guide Mulan down the right path, similar to Mushu. If we think back to the original 1998 film, we remember the character Cri-Kee, who was supposedly a lucky cricket given to Mulan to serve as her sidekick. This time around, instead of including Cri-Kee as a character, the filmmakers named one of the soldiers Cricket. Cricket is often spotted during fighting and training scenes alongside Mulan. Finally, one of the most significant character “replacements” that disappointed viewers was of General Li Shang. The producers revealed that they decided to split Li Shang into two characters: Commander Tung and HongHui. Commander Tung serves as Mulan’s mentor throughout the war, and HongHui is portrayed as Mulan’s equal during training. Towards the end of the film, we see Mulan acknowledging her connection with HongHui, who she despised initially, as they started off on the wrong foot.

Another addition the producers included was the new female antagonist character, Xian Lang. During the original film, Mulan had to fight Shan-Yu and his hawk, but for this live-action, Mulan is fighting Bori Khan and Xian Lang. Mulan was shown to have many of the same strengths as Xian Lang, but Xian Lang warned Mulan that the soldiers would never accept her as one of them. While Xian Lang was portrayed as a villain and killed soldiers with no mercy, she was also a hero of the story, since she helped Mulan save all of China.

While there are many changes compared to the original film, Mulan‘s moral remains the same: encouraging viewers to be brave, fierce, and follow what they believe in.

Be the first to comment on "Mulan (2020): Differences Between Original and Live-Action Films"