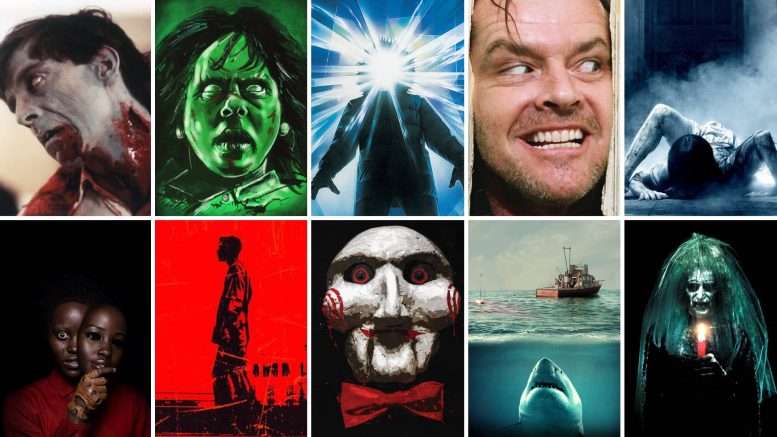 Horror is a prevalent genre that aims to freighten audiences | Source : StudioBinder

As Halloween creeps around the corner, many people watch horror movies around this time to get in the spooky spirit. As a genre, horror movies follow a set of classic conventions, while others have strayed from the typical definition. This article will focus on definitions of the horror genre was, experimentation in this genre, and how horror is relevant to modern life.

What is a horror movie?

Each genre has unique characteristics that allow audiences to distinguish between different genres. For example, most people can differentiate between The Exorcist (1973) and The Sound of Music (1965). Creators of horror movies aim to evoke certain emotions in audiences, including fear, shock, disgust, etc. All general conventions of a horror movie are shaped to create and manipulate this emotional response.

To begin, the horror genre typically has a monster, who is labeled as the antagonist. In order to affect the audience, this monster must be odd and not fit one’s perception of reality. Typically, a monster might be quite large, as seen in Godzilla (2014). A monster may be inhuman, such as an alien, or they may walk the line between living and dead, such as a demons or ghosts. This role has also been assumed by a transformed human, such as in Dr. Jekyll and Mr. Hyde (1941). Overall, this monster is meant to be unfamiliar to its audience, prompting the viewer to be afraid and intrigued by the unknown.

Besides creating a terrifying character, filmmakers must build a film that emphasizes the horror. A monster is typically rejected or feared by other characters in the movie; the other characters’ reactions will signal to the audience whether to be afraid or not. For example, E.T. (1982) is not a horror movie, as the other characters react to E.T. in a friendly manner, signaling to the audience that they are meant to react the same way. The plot of a horror movie commonly includes the characters discovering this monster, usually through an attack or death, and the movie follows their path to understanding and defeating the monster. Filmmakers also employ makeup and eerie settings to display the supernatural nature of the antagonist.

Experimentation in the Genre

In any genre, it’s expected that filmmakers will push the boundaries of what we consider the traditional definition to be. The horror genre is no exception. As the industry popularized, variation between horror movies increased. Here are some examples of horror experimentation:

Genre Mixing- Filmmakers have mixed horror films with other genres, creating hybrids such as horror comedy, horror sci-fi, horror musicals, and more. The conventions of the horror genre are mixed with the conventions of the other genres to create a mixed effect for the audience. Comedies, such as the Scary Movie franchise, aim to make the audience laugh or mock horror movies. Horror sci-fi movies typically consist of machinery or scientific processes that go wrong and elicit fear.

Found Footage- The most notorious examples of found footage horror are The Blair Witch Project (1999) and the Paranormal Activity franchise. In this type of horror, the audience views the movie through a series of recordings, as opposed to traditional camera shots. The purpose of this type of filming is to make the audience feel as if the footage is actually real, as opposed to a full-fledged movie production. Audiences react to the movie differently than traditional horror, because they are meant to believe the events are real.

How Does Horror Reflect Society?

Scholars have attempted to analyze how horror movies reflect the intention of society. A few have hypothesized that horror stems from people’s uncertainty of their world. Filmmakers and viewers may share the common notion that the world isn’t as simple as it may seem and there are frightening aspects in both horror and real life. Even though a demon is not expected to be real, society might be afraid of a demon in their own world, which may differ in forms throughout time. For example, scholars suggested that the 1970-1980s family horror movies, such as Poltergeist (1982), emphasized the breakup of a family.

So, as you prepare to celebrate Halloween this year, consider exploring the horror genre with your friends and family. You might be surprised by the creativity in these spooky movies!

Be the first to comment on "Defining the Horror Genre"