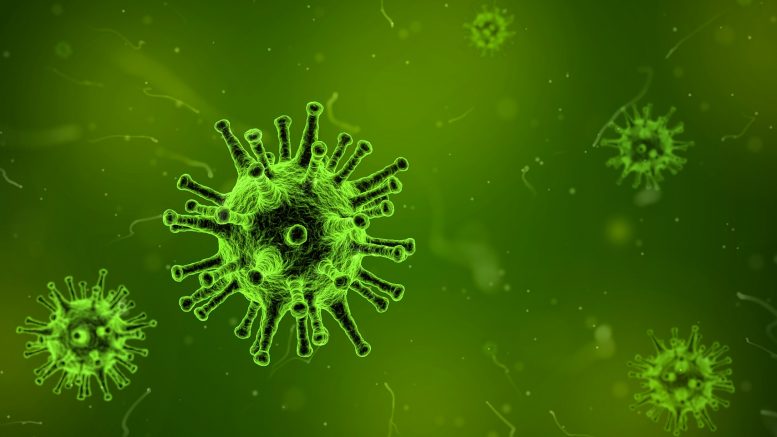 To the horror of students and staff all over campus, the infamous IMSA Plague made its annual return! However, it seems to have hit especially hard this year. After only two weeks back from winter break, the school saw a surge of students falling ill with flu-like symptoms. This phenomenon falls in line with the rest of the country, which is currently held victim to an unusually bad cold and flu season. According to the past few weeks of CDC Situation Updates and Kane County Health Department Reports, the 2017-2018 flu season has led to a hospitalization rate roughly on par with the 2009 swine flu pandemic – and the numbers are still rising.

Taking a closer look at the events leading up to “IMSA Plague Break,” Student Health Services Coordinator Anne Joseph says that there were actually no absences due to a flu-like illness prior to January 26, the Friday preceding school closure. However, on Friday alone, a total of 25 students suffering from flu-like symptoms went home, and rumors that school might be cancelled started spreading. According to Joseph, “Discussion about school closure typically begins once 10% of students are absent, or if 5% are absent with flu-like illnesses.”

This critical number of students was nearly reached by that Friday, but that was just the beginning. By Monday, January 27, a total of 88 students (roughly 13% of the student body) were absent with flu-like illness, as well as 9 staff members. This development prompted the IMSA Health Department to contact the Kane County Epidemiology Department, who, in turn, contacted IMSA administration. By 5 o’clock that Monday evening, the decision was made to close the school. All students were then promptly ushered off campus, local news vans came over to cover the unprecedented school closure, and cleaning crews sterilized the school throughout the following week.

However, the reason for a sudden, unprecedented evacuation of IMSA runs deeper than simply a surplus of sick people. Part of it has to do with the extremely contagious and virulent strain of flu, called H3N2, we are seeing this year. Most strains of flu cannot survive outside of a living host for a very long period of time, but according to the CDC, this year’s flu can survive on surfaces for upwards of 24 hours and spread through the air. In context of IMSA, then, a flu virus that has spread to surfaces in the main building will remain to spread to new victims the next day. Thus, the school’s micro-biome needed to be reset to ensure the safety of the IMSA community, which could only be done if the entire campus was evacuated.

“Over break, the school followed the CDC guidelines for cleaning, which involved spraying all surfaces with a hydrogen peroxide solution,” said Joseph. “This was done to kill off all remaining flu virus.” And it seems to have worked, too; since the school closure, less than 10 students have gone home sick.

There are takeaways to this year’s IMSA plague, other than the fact that this was just a really nasty flu strain. According to Joseph, IMSA was the first school to close in all of Kane county. Even with this year’s remarkably virulent flu season, IMSA seems to have been hit harder than the rest of the surrounding area. The Beacon-News reported,“The flu does not appear to be having a significant effect on other Fox Valley schools,” and surrounding school districts seem to be faring no worse than other years – CUSD 308 in Oswego has reportedly not seen an increase in student or staff absences.

Joseph believes that IMSA students should change some of their habits in order to prevent a future plague of such magnitude. In addition to washing hands regularly and covering one’s mouth when coughing, she urges that students do their best to get a good night’s sleep, as sleep deprivation weakens the immune system.

“IMSA students tend to have the mindset that they can push through anything, but the flu cannot be pushed through,” she says. “People don’t want to believe that they can die from this.”

Coming to school with the flu will not only hinder performance on assessments but will also further spread the disease. Since a human host is contagious for up to a week prior to and following visible symptoms, the IMSA health department recommends that students wait at least 24 hours after flu symptoms have passed before returning to school. Class work can be made up at a later time, and maintaining one’s own health should be the priority.

“Wash your hands frequently. If you are sick, stay home until you are fully recovered,” says Joseph. “If you don’t, you could relapse with pneumonia, or something else, since your immune system is still compromised. See your doctor if you have a fever accompanying a cough or sore throat.”

Getting vaccinated will also help. Remember, the 2018 flu season won’t be over for more than a month, and many people across the country are still getting sick. Be careful and stay healthy, IMSA.

Be the first to comment on "School Closure: The Return of the “IMSA Plague”"