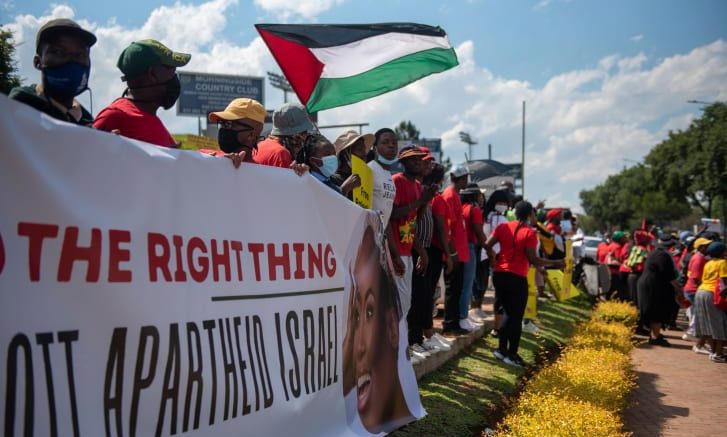 The 2021 Miss Universe pageant took place in Eilat, Israel on December 12th. Miss India, Harnaaz Sandhu, was crowned Miss Universe with Miss Paraguay, Nadia Ferreira, finishing as runner-up. The pageant maintained its usual swimsuit and evening gown segments and touched on a variety of controversial topics during the interview segment, such as cancel culture and vaccine mandates. The seventieth annual competition was incredibly significant for a number of reasons, including political tensions regarding Israel hosting the event.

The 2021 Miss Universe competition was threatened to be overcome by the Israeli-Palestinian political scene. A grassroots Palestinian organization attempted to convince countries not to participate in the event due to Israel’s treatment of Palestinians. South Africa, an ally of the Palestinian cause, withdrew their support of Miss South Africa, Lalela Mswane, and urged her to not participate in the competition. The country even referred to Israel’s treatment of Palestinians as “apartheid.” South Africa’s minister of sports, art, and culture, Mathi Mthethwa, stated, “If anything, by withdrawing, Miss South Africa’s reputation and overall standing will be far more advanced in South Africa and internationally in comparison to a once-off event that can prove disastrous to her future and public standing as a young, black woman.” Mswane was not intimidated by the words of her country’s leaders, participating in the event and finishing as second runner-up out of the eighty contestants. Miss Israel Noa Cochva argued that Miss Universe is not about politics. “It’s about us as humans, as strong women,” Cochva said.

Sandhu is an Indian actress and model studying to earn a master’s degree in public administration. She is passionate about female empowerment and lists well-known actress Priyanka Chopra, who won the Miss World pageant in 2000, as one of her biggest inspirations. Since receiving the crown, she has moved to New York and plans to focus on advocating for menstrual equity during her time as Miss Universe. Sandhu broke into tears after winning the competition, discussing how she was feeling “overwhelmed because it’s been 21 years since India got the Miss Universe crown and it’s happening right now.” For her final question during the pageant, Sandhu was asked about the advice she would give to young women on dealing with the pressures they face in society and responded by encouraging young women to be confident in their unique selves. Sandhu ended with these words of inspiration, “I believed in myself and that’s why I’m standing here today.”