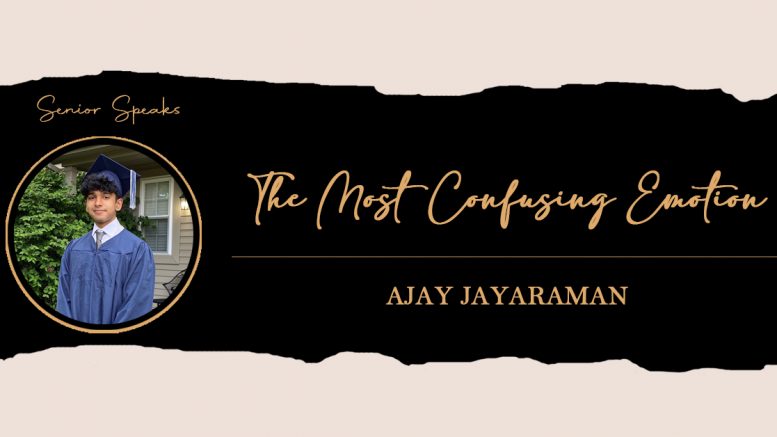 One of the sections included in the annual Senior Edition is a series of essays titled Seniors Speak. These works are written and submitted to The Acronym by members of the graduating class, allowing them to reflect on their experiences, share advice, and advocate for change. The writer of this piece is Ajay Jayaraman (UIUC ’24), who lived in 1504A during all three of his years at IMSA. He was actively involved in Class Club, Campus Activities Board, and Titan Robotics, while also being known for blaring music way too loudly.

As the notification came out to the class of 2020 that it was time for us to submit our Senior Speaks and write our Senior Wills, I went back into The Acronym archives to get a glimpse into the minds of past IMSA students. Looking through the works of students from 2015, a time before I even knew IMSA existed, I was amazed by how much has stayed the same. The critiques of administration. The heartfelt messages to fellow classmates. A little piece of themselves and their thoughts, immortalized in text. But it was when I got to the 2019 Senior Edition – it was when I read through the stunning prose of the people that I once spent the majority of my time with – that I was struck with an inexplicable feeling.

“Nostalgia is the most confusing emotion.” For starters, why do we feel nostalgic? What’s the point? Is it good or bad? People don’t agree, and they haven’t for ages. In the 17th century, nostalgia was classified as a mental disorder as an extreme form of homesickness among Swiss soldiers. If you go back even further, Odysseus was said to have comforted himself with the thoughts and memories of his family in order to endure his arduous journey. In fact, the word nostalgia is derived from the Greek words “nostos” and “algos” to mean a longing to return home. Even with all advancements within society, modern psychologists still have difficulty with its implications. Some tout positive mental health benefits by centering one’s self in the past while others recognize the melancholy feeling of loss for times that once were.

To be honest, I have absolutely no clue. I’m not even sure if you can classify it either way. Nevertheless, the raw feelings are undeniable. At points, these intense waves of nostalgia bring me to tears. Sometimes, they make me grin. Surprisingly often enough, both happen at the same time. I think random contributor Emily Moe from Quora put it best: “Nostalgia is a creature of comfort yet sadness, it serves to remind us of the memories we were lucky enough to have experienced.” To me, though it may sound melodramatic, this essence of nostalgia really sums up what it is to be human. We all exist in the now as a stream of consciousness, the mere frayed end of a tangled yarn ball of emotions, both present and past. We are a sum of our experiences, so it’s only natural that we look back on the times that made us the people we are today.

And I’ve found myself doing just that recently. There are so many small (and stupid) things that I remember fondly about my past three years at IMSA. In the years to come, I know that certain circumstances will launch me back into the past. For one, scents and tastes can be apparently strongly associated with memories. Domino’s Pizza just doesn’t taste the same when I’m not ordering it with a massive group of people after 10. A lot of my friends in the Class of 2019 have told me that they’ve noticed this too – even when ordering with their friends in college. Maybe it had more to do with the late-night hunger pangs, but I’d like to think that these Domino’s orders were special in themselves. My emotions were heightened after every Clash Pep Rally, whether it was a loss or not. Of course, each of these events was accompanied by either a mass order in sadness after a loss or a celebration feast after an eventual win.

As a graduating senior, I’m now in this unique position to reflect on trivial things like this. As much as this piece is written for the reader, it’s written for myself as well. I wonder what my future self will think and remember when he inevitably comes across this publication again. Will he remember how clear the blue sky was the day before my last Clash Pep Rally? Will he remember the nasty flavor of the Mio drank for long nights of studying and screwing around? Will he think the same way? Feel the same way about these imperfect three years spent? For now, all I can do is leave behind this written time capsule for both my future self and your future self to come and look at, and maybe feel just a little bittersweet nostalgia.

Be the first to comment on "Seniors Speak: The Most Confusing Emotion"