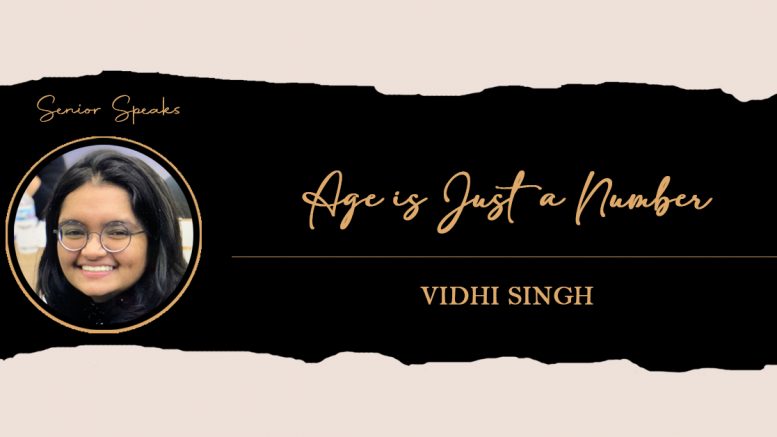 One of the sections included in the annual Senior Edition is a series of essays titled Seniors Speak. These works are written and submitted to The Acronym by members of the graduating class, allowing them to reflect on their experiences, share advice, and advocate for change. Vidhi Singh lived in 1503 C wing her senior year and was actively involved in Debate and in her wing. She’s currently going where life takes her.

My parents like to say that I’m observant, and over these past three years I’ve observed a lot of things. For example, I’ve observed that within IMSA’s student body, connections are important, as they determine who’s put in charge of things, who gets to represent their class or hall at Game Show, or even who gets to talk to who without a risk of them talking behind their back. By looking at body language or the way they talk, I know a lot more about people at our school than they think. But I’ve also observed something else, something that isn’t even hidden.

Whenever Dr. Eysturlid asks about anything voting-related, I can hear snickers in my direction and feel around five pairs of eyes turn on me. I’ve heard ages that are too low given to me, used as excuses for me not to enter conversations, join in on plans, or even more ironically, as a conversation starter and introduction. And worst of all, people attach my personality, maturity, and my capability to my age.

I remember that when I first came here as a sophomore, my age was something that I was proud of, and wasn’t scared to share. I also remember that most of you didn’t take it kindly, whether it was your own insecurities to blame or me being too forward it came across as arrogance. Near the end of that first semester, I withdrew from basically all of IMSA society and realized that I had to change. I worked on making myself a better person and came back different. Although I’ve been able to fit in better, I also became scared to share the very same thing I used to be proud of.

However, the point of this Seniors Speaks article is not for me to air my grievances to everyone. I also know that this experience doesn’t hold for everyone, and even though it took longer than most, I have found friends who see my personality instead of my age (wow, how corny). Instead, the point of this is to tell you all this: age is just a number. No, this is not an excuse for you to go after a freshman or middle schooler, but it’s a wakeup call.

Although I may be two years younger than the average senior, I worked just as hard, if not harder, as everyone else to get to the same point as you. But even if I put all this effort in, I still have to deal with people trying to say that this effort wasn’t worth it, that I won’t fit in because of something that’s so minor. I know that I’m most likely going to have to face this through college, graduate school, and in the workplace, but you have the option of recognizing me as who I am, so I also hope that some people’s attitudes can change.

I’m proud to have called IMSA my home for three years, and I don’t think that I could have had a more interesting high school experience. Sadly, I also think that a lot of things about this place need to change, but I’m more than certain that someone else has already covered that topic with their senior speaks. And although I’m in love with all the people I’ve met here, I think that we could also be more accepting of people and the stories they have to share.

Seniors Speak: If I Didn’t Come to IMSA

Be the first to comment on "Seniors Speak: Age Is Just A Number"