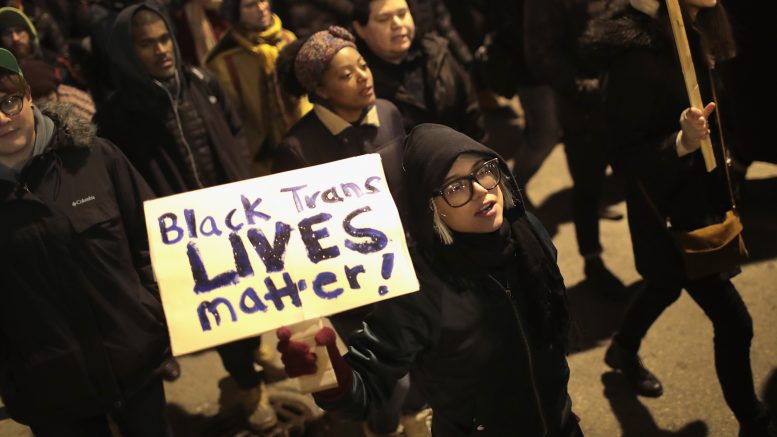 The recent series of Black Lives Matter protests have begun to seriously address systemic racism in America, especially in the American law enforcement and its operations. After so many innocent Black lives have suffered the most severe consequence of racist policing —  Ahmaud Arbery, George Floyd, and Breonna Taylor being only a few examples —  the BLM movement has become a necessary and positive movement in the eyes of the majority of Americans. However, there is a particular demographic within the Black community whose lives, even within the BLM movement, are not known to the general populace. People within this group, such as Dominique Fells, Brayla Stone, Tatianna Hall, and Tony McDade, unwillingly fly under the radar for one fundamental reason: all of them are Black and LGBTQ+.

Although there has been an effort to integrate LGBTQ+ Black people into the Black Lives Matter movement, Black transgender lives are ultimately ignored on a nationwide scale. However, this is not just on the basis of being gay, trans, or gender-nonconforming, as members of the LGBTQ+ community have also exhibited animosity towards the plight of the BLM movement as well. For instance, a popular gay Trump supporter named Chadwick Moore tweeted a controversial statement, criticizing the recognition of Juneteenth and the Black Lives Matter protests as an erasure of Pride Month. What Moore fails to acknowledge is that the Black Lives Matter movement is beneficial in ensuring that the lives of Black LGBTQ+ people are protected.

This is a pattern within the LGBTQ+ community. Given the general progression in society towards acceptance of LGBTQ+ people, white gay men tend to focus on more ancillary issues concerning sexuality and gender, such as gay men being free to wear makeup. However, for other members of the community, particularly those who are people of color, being gay, trans, or gender nonconforming is still highly stigmatized within their own racial or ethnic communities. Given the fact that white gay men dominate the conversation about LGBTQ+ issues, the more pressing issues regarding the direct violence faced by LGBTQ+ people of color are neglected.

Violence toward and ostracization of Black LGBTQ+ individuals also highlight the discrimination faced by people within their own community, in this instance, on the basis of not being a cis straight person. Diamond Bawuah, a Black, bisexual teenage girl commented that after coming out, Black LGBTQ+ youth are, “usually met with anger from family [due to religion, especially] in the older [B]lack community.” Her comments can be attributed to the history of how the church has traditionally informed the daily lifestyle and conduct of African-Americans. However, homophobia and transphobia still permeate the younger generation of Black Americans, as evidenced by the deaths of 27 transgender or gender non-conforming people in 2020 alone, mostly Black transgender women. Some of these cases have been confirmed as the result of transphobia from family or others closely related, while others are associated with risks that transgender women disproportionately face, such as unemployment, poverty, homelessness, and/or survival sex work.

Although it is tremendously important to address the reasons why so many Black transgender and gender non-conforming people are being killed, solving the issues that Black LGBTQ+ people experience cannot happen without their issues actually being known. For instance, the Black Lives Matter website does acknowledge that it supports the lives of Black LGBTQ+ individuals. However, when searching for the specific instances of murders or struggles which are uniquely experienced by Black transgender and gender non-conforming people, there is no information. Given the fact that the recent BLM movement has acknowledged its support for those who are both Black and LGBTQ+, this lack of information is likely, not due to a spiteful and deliberate exclusion of their issues, however, it does point to the broader invisibility which Black LGBTQ+ people have within the two communities they are a part of.

Despite even the most genuine support from both sides of the aisle and broader American society, Black LGBTQ+ people still face a highly disproportionate amount of suicide, murder, unemployment, poverty, and homelessness due to their sexuality, gender identification, and race. The silence of mainstream media and the communities that Black LGBTQ+ people are a part of contributes to their continued mistreatment, discrimination, and murder. We need to recognize the problem in order to address and resolve the struggle. For Black LGBTQ+ people, that starts with confronting the longstanding invisibility which they have experienced and finally telling their untold stories.

Aesthetics Based On Psychology: Understanding Our Preferences

How to IMSA: Extracurriculars

Be the first to comment on "The Invisibility of Intersectionality: Being Black and LGBTQ+"