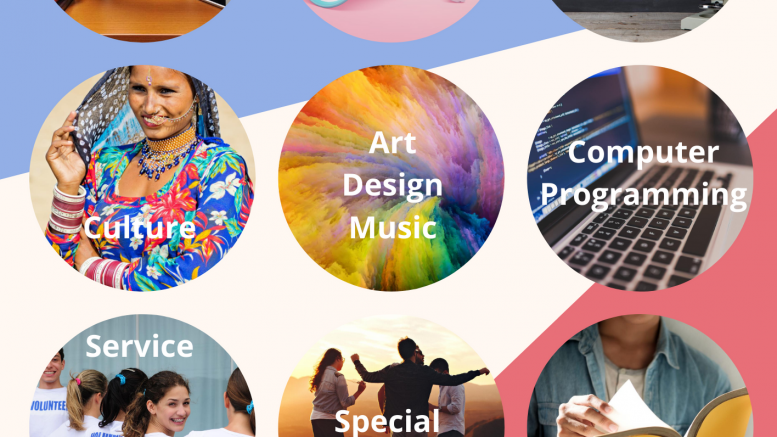 The various types of clubs offered at IMSA

As IMSA transitions into a remote learning environment, they are trying to replicate many on-campus experiences, such as Club Fair, or the Involvement Fair as it was known this year. The Involvement Fair occurred on September 2nd from 4:30-6:30 PM, and was organized as a collection of Zoom meetings for interested students to hop between.

This year’s Involvement Fair had many noticeable, and potentially unavoidable, differences from past years. Firstly, almost 13 clubs did not get chartered this year due to a variety of reasons, mostly relating to transitioning to a virtual format. Also, many students had trouble entering the Zoom meetings for the clubs mainly due to issues with the Zoom waiting rooms, with some club rooms not working until almost thirty minutes after the Involvement Fair started. Attendance was also a big issue for this year’s Involvement Fair, as Alma Latina President Yair Guerrero (’21) explained, “It was harder to get people to come to our club fair this year. Because in previous years, you could tell your sophomores to spread the word or go around and walk and talk to people when they pass by. This year, we had to wait for people to come in and hope they would tell their friends. Since we are online, our interaction with sophomores is limited since most of our classes have upperclassmen. So gaining interest was hard, especially since there were so many Zoom links and slides for clubs.”

However, the online format of the Involvement Fair also brought many benefits. For example, there was no overcrowded hustle and bustle, forcing sophomores to rush from one stand to the next. Also, more students participated than expected and the turnout was still surprising for most clubs. Students were able to interact with clubs based on their passions and interests, rather than due to incentives at the stands like in past year. As Yair stated, “Despite being online, it still felt like Alma had a good turnout. All the people who came were interested in our club. Usually, many clubs have candy or food to hand out which attracts people but not for the right reasons. So it was good to see people who did come that were genuinely interested and had questions about how we would operate and how to participate in the club this year.”

IMSA boasts a number of clubs for a variety of interests to cater to every student’s passions, and I have named just a few here. To learn more about these clubs or to find other clubs at IMSA go to IMSA’s Clubs and Organizations page: https://www.imsa.edu/clubs-and-organizations/ .

Articles, How to IMSA, Lifestyle, Quizzes

How to IMSA: Choosing Extracurriculars

Be the first to comment on "IMSA’s Virtual Involvement Fair"