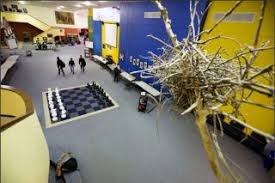 On Monday, November 30th, President Jose Torres eliminated the position of Chief Operations Officer from the IMSA Cabinet. The position was last held by Mr. Lawrence “Bud” Bergie, who assumed the position in 2013.

According to an email from Dr. Torres to IMSA staff regarding this organizational change, the Chief Operations Officer oversaw the general operation of IMSA, including, but not limited to, “Safety and Security Operations, Facilities and Capital Planning, Business and Financial Operations, Information Technology Services, and Instructional Technology and Media Center Departments.”

When reached for a comment regarding the elimination of the position, Chief Human Resources and Chief Equity Officer Ms. Traci Ellis explained that “the elimination of the Chief Operations Officer position is a part of ongoing organizational structuring in preparation for a new president, as well as [IMSA’s] financial considerations.” Ms. Ellis also noted that IMSA does not comment on the specifics of layoffs and eliminated positions.

Going forward, Dr. Torres will assume the responsibilities of the COO position.