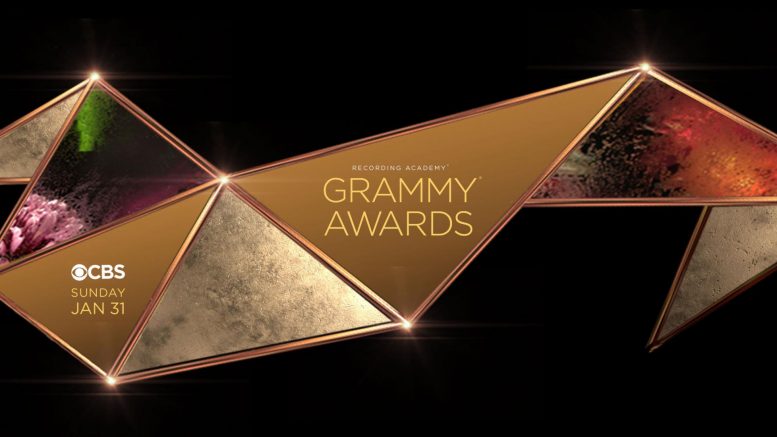 It’s that time of year again: Another year of music, another list of Grammy Award nominations. The Grammy Awards were supposed to air on January 31, but due to COVID-19 concerns, it has been postponed to March 14th.

Airing on CBS, the “biggest night for music” will be hosted by The Daily Show‘s Trevor Noah. Noah commented, “Despite the fact that I am extremely disappointed that the Grammys have refused to have me sing or be nominated for best pop album, I am thrilled to be hosting this auspicious event. I think as a one-time Grammy-nominee, I am the best person to provide a shoulder to all the amazing artists who do not win on the night because I too know the pain of not winning the award! (This is a metaphorical shoulder, I’m not trying to catch Corona). See you at the 63rd GRAMMYs!”

While we’ll all anxiously be awaiting that night, the nominations were released in November for all of the 83 categories! (Announcement Video)

Check out the Nominations Playlist!

Beyoncé had the most nominations for the 2021 Grammy Awards with a total of nine nominations followed by Taylor Swift, Dua Lipa and Roddy Rich with six nominations each. Fans around the world were ecstatic to see that Global sensation BTS had become the first K-pop group to ever receive a Grammy Award nomination for their latest hit song “Dynamite.” Their performance was nominated for the Best Pop Duo/Group Performance category competing against stars like Taylor Swift and Lady Gaga.

While plenty of stars expressed gratitude for their nominations on social media, others shared negative sentiments, echoing the same complaints that Kanye West, Jay-Z, Rihanna, Frank Ocean, Drake, and several others have made for decades:

The Weeknd who was announced as the 2021 Super Bowl Halftime performer, called out the Recording Academy after he didn’t receive a nomination. The Weeknd’s album After Hours was not only critically acclaimed but commercially dominant with “Blinding Lights” becoming the single best-selling song of 2020. After Hours was the biggest album since Drake’s 2019 album Scorpion though even that album had only received one award, despite many nominations, for Best Rap Song. During his speech, Drake said:

This is a business where sometimes it’s up to a bunch of people who might not understand what a mixed race kid from Canada has to say or a fly Spanish girl from New York or anybody else, or a brother from Houston right there, my brother Travis [Scott]. But my point is you’ve already won if you have people singing your songs word for word, if you’re a hero in your hometown. Look, if there’s people who have regular jobs who are coming out in the rain, in the snow, spending their hard earned money to buy tickets to come to your shows, you don’t need this right here. I promise you, you already won.

The broadcast cut to commercial before he could finish.

Therefore, The Weeknd’s condemnation of the Recording Academy was really meaningful. “The Grammys remain corrupt,” he wrote. “You owe me, my fans and the industry transparency.”

The Grammys and The Weeknd’s team had disagreements over him playing both the January 31 Grammy ceremony and the Super Bowl halftime show, which was only a week after. Though it was agreed that he would play both events, shockingly he hadn’t even been nominated. Interim Recording Academy president/CEO Harvey Mason, jr. claims that the clash over the performances didn’t factor into the nomination decisions at all. In an interview, he responded to The Weeknd:

I don’t think [the Weeknd’s omission calls the nominations] process into question, honestly. The process is there so we can continue to monitor excellence. I was in the ‘core room’ this year [which decides the main categories] and I observed, and the people in it are music professionals, at the top of their craft in songwriting and producing and there are a lot of artists. And they were critically listening to every song that came across their desks — or virtual desks — so I don’t think it shows a flaw in the process. It’s a long, arduous process and people take pride in it. The people in that room care: there are no agendas in there, there’s no ‘let’s snub this person’ or that person. It’s about, ‘Let’s try and find excellence.’

Teyana Taylor, female R&B artist who wrote her own chart-topping album (The Album), called out the Academy in specific to the Best R&B Album category, which only featured male nominees this year. She tweeted, “Y’all was better off just saying best MALE R&B ALBUM cause all I see is [expletive] in this category.”

Despite his three major Grammy Award nominations, Justin Bieber still had a bone to pick with the Recording Academy. Claiming that his work was not recognized in the correct categories, he posted on Instagram the following message:

To the Grammys I am flattered to be acknowledged and appreicated for my artristy. I am very meticulous and intentional about my music. With that being said I set out to make and R&B album. Changes was and is and R&B album. It is not being acknowledged as an R&B album which is very strange to me. I grew up admiring R&B music and wished to make a project that would embody that sound. For this not be put into that category feels weird considering from the chords to the melodies to the vocal style all the way down to the hip hop drums that were chose it is undeniably, unmistakably an R&B album! To be clear I absolutely love Pop music it just wasn’t what I set out to make this time around. My gratitude for feeling respected for my work remains and I am honored to be nominated either way.

Nicki Minaj also took to social media to express her dismay at what she deemed an unfair dismissal of her music a few years back.

Despite the long history of music’s biggest names taking issue with the Recording Academy for seemingly out of touch choices, there nothing has changed. Slow to spot trends in music, the Grammys have awarded popularity over quality causing fans to come out calling the awards the “TikTok” awards, mirroring the criticism of the popular social media platform. Yet, the Recording Academy seems to be laughably out of touch with contemporary tastes. With a total of 200 Grammy nominations among them, Kendrick Lamar, Kanye West, Drake, and Jay-Z have won 58, but none are in the Big Four. Beyonce, with 70 nominations and 24 awards, has won only one award in the major category for Song of the Year with “Put a Ring on It.” When the face of popular music isn’t recognized for her music, it’s hard to have faith in the Recording Academy’s selection process.

The rest of the nominations are listed down below:

Be the first to comment on "The 63rd Grammy Nominations: Corruption or Excellence?"