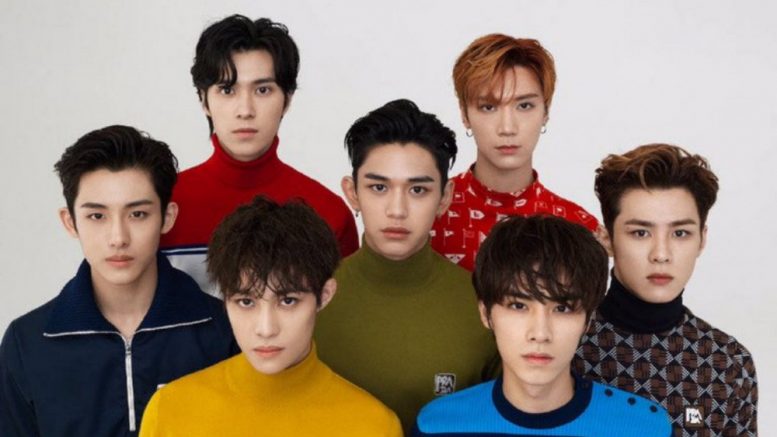 As different styles of music are becoming more and more popular, Korean and Chinese pop genres have steadily gained popularity. The famous BTS from Korea has been a recent hit, especially after their career started taking off in 2014 and 2015, and there exist similar counterparts within Chinese pop bands as well. This article will be looking into the varying forms of pop music in China and may open your eyes to a new style of music! 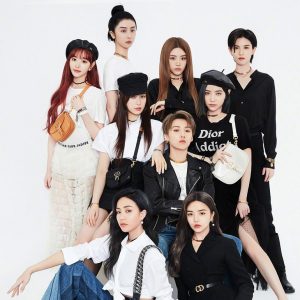 THE9, also known as “The Nine,” is a Chinese girl group that was formed on May 30, 2020. Members include Liu Yuxin, Yu Shuxin, Xu Jiaqi, Yu Yan, Xie Keyin, An Qi, Zhao Xiaotang, Kong Xue’er, and Lu Keran. The group met through the show “Youth With You 2” played on IQIYI. THE9 officially debuted on August 10, 2020, a little over 2 months after their group formation. They continue to be active even now, and their popular albums include MatriX (2020) and SphinX (2020).

TFBoys, which stands for “The Fighting Boys,” is a popular Chinese idol band that includes three members: Karry Wang, Roy Wang, and Jackson Yee. When all members were just 12 or 13 years old, they debuted their first single album Start of Love on August 6th, 2013. Popular albums include Our Time (2017), The Big Dreamer (2015), and Practice Book for Youth (2014). Their music is mainly driven by a passion for youth, dreams, and goals, so their songs have an overall upbeat and nostalgic tone. TFboys is considered to be one of the most popular boy bands in Chinese pop culture. They are originally formed in China in 2013 and are still active today, so keep an eye out for any new albums!

BonBon Girls 303 is a Chinese girl group formed in 2020 and consists of seven members: Curley Gao, Zhao Yue, Wang Yijin, Chen Zhuoxuan, Nene/Zheng Naixin, Sally/Liu Xiening, and Zhang Yifan. Similar to THE9, BonBon Girls met through the 2020 reality show “Produce Camp 2020” played on Tencent Video. Their debut date is July 4th, 2020 from their single “BONBON GIRLS.” Their other album is called Ying Tang Dinglü (硬糖定律) and was released on August 11th, 2020. From this album, they received the Platinum Award EP on QQ music in 2020. They’re still active in 2021 with many more great songs to come!

INTO1 is a Chinese boy group under Wajijiwa Entertainment with a multi-national background including Japanese and Thai. Its members include Liu Yu, Santa, Rikimaru, Mika, Nine, Lin Mo, Bo Yuan, Zhang Jiayuan, Patrick, Zhou Keyu, and Liu Zhang. They were formed in 2021 also through the reality show “Produce Camp” on Tencent Video. Their discography includes The Storm Center (2021).

WayV is a South Korean and Chinese boy band managed by SM Entertainment’s Chinese sub-lab, Label V and includes seven members: Kun, Lucas, Ten, Yangyang, Xiaojun, WINWIN, and Hendery. They debuted in January 2019 and are still active today with their most recent albums Awaken the World and Kick Back both released in 2021. Other popular albums include Take Off (2019) and Take Over the Moon (2019).

XNINE is a Chinese boy band formed under Wajijiwa Entertainment and has eight members: Xiao Zhan, Gu Jiacheng, Wu Jiacheng, Peng Chuyue, Guo Zifan, Zhao Lei, Xia Zhiguang, and Yan Xujia. The group debuted on September 28, 2016, and is still active today. The boy band has existed in the music industry for almost 5 years now, and their debut single was “In Our Own Name.” XNINE does not have any major albums that stand out, but they have two mini-albums called “X Jiu (X玖)” (2016) and “Keep Online” (2018) and various separate songs.

WJSN, also known as Cosmic Girls, is an Asian girl group consisting of twelve members from South Korean to Chinese backgrounds: Seola, Xuanyi, Bona, Exy, Soobin, Luda, Dawon, Eunseo, Cheng Xiao, Meiqi, Yeoreum, and Dayoung. Cosmic Girls was formed by Starship Entertainment and Yuehua Entertainment, debuted on February 25th, 2016, and are still active today. Moreover, in the Asia Artist Awards, the group won the Rising Star Award in 2016, in the Genie Music Awards, they won M2 Hot Star Award in 2019, and the results from the 2021 Female Idol Group Popularity Award are still pending. Regardless of the results, their music has been enjoyed by many people all around the world with popular albums of Neverland (2020), For the Summer (2019), Dream Your Dream (2018), Happy Moment (2017), and The Secret (2016).

Apart from this brief list, there are many other popular Chinese boy- and girl-bands with authentic and genuine music aspirations. Hopefully, you now have a better understanding of the music styles represented in Chinese and Asian culture. Not only can music be an effective tool to manage stress or relax, but it can also spread different cultures and styles to people across the world.

The Albums that Shaped 2021