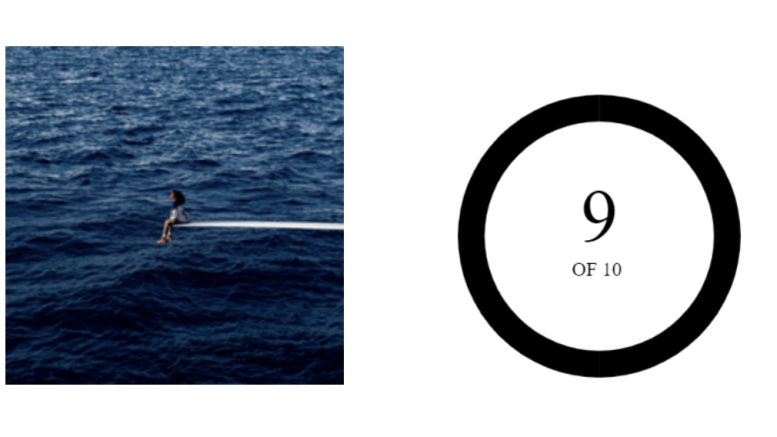 In her 23-track sophomore album SOS, SZA is the most versatile, direct, and honest she has ever been, and is once again changing the game.

SOS comes after the critically acclaimed album CTRL that changed the R&B landscape and established SZA’s ability to verbalize her inner monologue in a rhythmic, bouncy, and melodic tune. The cover of SOS is a homage to the infamous photos taken of Princess Diana a week before her death to give life to the motif of isolation sprinkled throughout the album. Although this theme of isolation is undoubtedly present, SZA is also at her most confident and unfiltered, referencing many of her previous relationships with spite. The first track starts with a Morse code distress symbol that leads into a synthetic base beat. SZA is almost speaking a spoken word and is brutally honest with lyrics like, “So classic, that ass so fat, it looks natural, it’s not/Comin’ back, this ain’t canned sh*t/I’m organic with my fresh squeezed.” After many delays from her label, TDE, SZA is back, and she is ready to be back.

In the popular track on Tiktok, “Kill Bill,” SZA gets all of her darkest thoughts on paper and sings to an R&B-80s-inspired strong electric bass. The lyrics are switch-and-bait with verses like, “I’m so mature, I got me a therapist to tell me there are other men. I don’t want none, I just want you,” and the addictive lullaby-like chorus in which she details that she “might kill her ex” because “she rather be dead than alone.” What is also impressive about the track is that SZA retains her noteworthy songwriting chops while adhering to such a catchy tune. She continues this trend of brutal honesty in her next track, “Seek&Destroy” which is layered with synthetic beats as she divulges into an operatic crescendo-like singing style that then swiftly switches to a fast-paced and poppy tune. She continues the inner monologue she is so good at portraying as she goes on about how she “had to do it” to a partner in a previous relationship.

However, it is important to note that SZA is not trying to redefine a genre like she did with her previous work. She interpolates Beyonce on the title track and opener “SOS” and also interpolates Kendrick Lamar on the track “Smoking on My Ex Pack.” The versatility of the album is accredited to the number of interpolations and references from other works, but the tradeoff is that the album is arguably incohesive and drawn out. This gamble has mostly worked in SZA’s favor.

Two of the four singles of the album were songs released years before the album was announced. The ethereal “Good Days” was released during the height of the pandemic, describing SZA’s process of reflection on her previous language with lyrics like “Gotta let go of the weight, can’t keep what’s holdin’ me” that explicates SZA’s desire to move on and grow from her experiences and step into these new Good Days. This sends the message that SZA is reflecting on her previous relationships and is looking forward to “Good Days.” The f*ck you ballad released almost a year later, “I Hate U,” takes the more…fun route on how to move past a toxic relationship. The song uses light instrumentation along with a bouncy chorus to show how much SZA’s vocals have grown since her last project. Her vocal development is also seen in the emotional ballad “Special,” where she belts about how she discarded the qualities that made her special to fit the mold her partner wanted.

This album also explores new sounds SZA has never worked with in previous projects, like “F2F” which sounds like it could be on an early 2000s Disney soundtrack, and the airy collaboration with Phoebe Bridgers “Ghost In The Machine.” Both songs show just how versatile of an artist SZA is and that her sound design is larger than the one she showed in CTRL.

A few songs in the album do fall flat when compared to the other songs and are largely forgettable. The album closer, “Forgiveless” features a sample from the late Russell Tyler Jones in which the song explodes with catchy hooks and a robust flow. As a closure, however, the song leaves much to be desired, and instead, it seems like it is opening doors. Additionally, “Far” lacks the distinctness other songs in the album have which makes it a clear outlier. SZA returns to the trademark style many fans adore in the song “Open Arms” in which SZA’s notable reverb and light acoustic drums support her airy falsetto. The song also has a Travis Scott feature which seems to be a must for any SZA LP.

Be the first to comment on "SOS: Album Review"