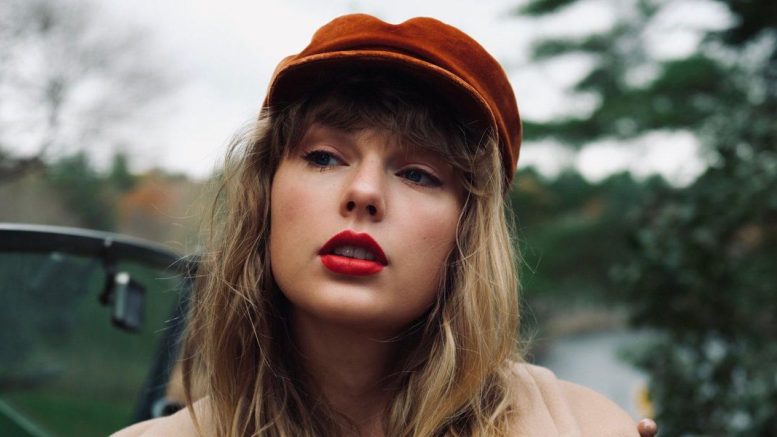 Red (Taylor’s Version) is finally out… but do you know why she has begun rerecording her old albums? Taylor Swift isn’t just America’s sweetheart writing love songs and running around in princess-like attire; she’s a business savvy artist reclaiming the rights to her own songs.

The music industry can be complicated. Swift signed with Big Machine Records when she was 15. Due to the terms of the contract, they were given the rights to her original recordings, or the masters, meaning Swift did not own any of her own songs. She tried to buy her music, but did not succeed. The rights to the songs in her first 6 albums were sold twice without Swift’s knowledge.

Now that she has signed with the Universal Music Group record label, she is able to own the masters to any song she releases under them. Since she cannot buy back her original songs, she has begun rerecording them in her Taylor’s Version albums to gain rights to these versions of the songs. So far, Swift has rerecorded the entirety of her Fearless and Red albums, also including songs from the “vault,” or her personal collection of songs she had not released in the original albums.

The original Red album was released October 2012 and contained 16 songs while Red (Taylor’s Version) contains 30 songs. These include all 16 of the original songs, 4 of the 6 songs added on the deluxe version of the original (those excluded were demo recordings of included tracks), her 2012 single “Ronan,” and 9 songs from the “vault.” Featured artists included on the album are Gary Lightbody, Ed Sheeran, Phoebe Bridgers, and Chris Stapleton. A Message From Taylor, All Too Well: The Short Film, and “All Too Well (Sad Girl Autumn Version)” can also be found on different platforms.

The public has received the album well. On November 12, 2021 Swift’s new album “broke the record for the most-streamed album in a day by a female and Swift broke the record for the most-streamed female in a day in Spotify history.” According to the Billboard Charts, her song, “All Too Well (10 Minute Version) (Taylor’s Version) (From the Vault)” has officially been stated as the longest No. 1 hit of all time, running for a total of 10 minutes and 13 seconds and beating the previous record of “American Pie (Parts I & II)” by Don McLean. It ran for 8 minutes and 37 seconds and had held the record since January 1972. Other songs in the album successful too, with 26 of the 30 songs making the Hot 100 list. Some of the other prominent mentions besides her top spot are “State Of Grace (Taylor’s Version)” taking 18th and “Red (Taylor’s Version)” taking 25th. Her album is also No. 1 on the Billboard 200 and she herself is currently No. 1 on the Artist 100 list.

So many people love it, but what is the album even about? Swift answered this question when she announced she would be rereleasing Red. She says, “Musically and lyrically, Red resembled a heartbroken person. It was all over the place, a fractured mosaic of feelings that somehow all fit together in the end. Happy, free, confused, lonely, devastated, euphoric, wild, and tortured by memories past. Like trying on pieces of a new life, I went into the studio and experimented with different sounds and collaborators. And I’m not sure if it was pouring my thoughts into this album, hearing thousands of your voices sing the lyrics back to me in passionate solidarity, or if it was simply time, but something was healed along the way. Sometimes you need to talk it over (over and over and over) for it to ever really be… over. Like your friend who calls you in the middle of the night going on and on about their ex, I just couldn’t stop writing.” Swift is known for her heart-breaking love songs and this album is no exception.

Besides the obvious difference of having more songs included on Red (Taylor’s Version), it also differs from the original version of Red in the sound of Swift’s voice. The maturity projected through it in her new variation is very noticeable. Comparing the two versions brings a sort of shock – a revelation on just how much Swift’s voice has developed and evolved since 2012.

Here is the tracklist of Red (Taylor’s Version):

Make sure to listen today!

Be the first to comment on "Red (Taylor’s Version) is Out!"