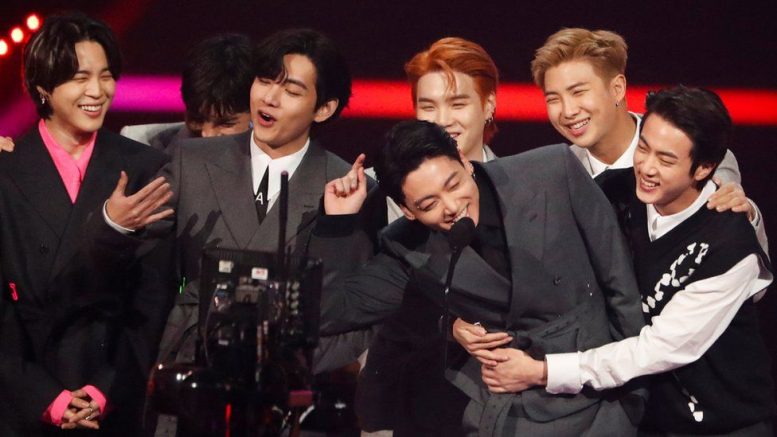 The 2021 AMAs took place on Sunday, November 21st. I don’t know about you, but on Sunday, November 21st, I was scrambling to prepare for tests in almost every class and finish up (or let’s be honest, start) multiple essays due the Monday before Thanksgiving. I was most definitely not watching Olivia Rodrigo win New Artist of the Year at the AMAs, though I desperately wish that’s how I could have spent my Sunday evening. So, in case you were like me, not able to take three hours out of your Sunday to watch an awards show, here is your ultimate guide to everything that went down at the 2021 American Music Awards.

Taylor Swift continues to be widely popular, breaking her own record winning favorite female pop artist the seventh consecutive year, which pushed her total AMA wins throughout the course of her career to a jaw-dropping 34.

One of the biggest winners of the night was Korean-pop band, BTS. The South Korean group won every award they were nominated for, which included best pop duo/group, favorite pop song, and artist of the year, which they won for the first time. RM gave a heartfelt speech calling their success at the AMAs a “miracle” and giving a heartfelt speech dedicated to the band’s fans, saying, “Four years ago, we had given this first-time-ever TV live performance at this AMAs stage for ‘DNA.’ We were so excited and nervous at the time. It’s been a long and amazing ride since then, but nobody could have ever bet on the odds of us standing here receiving this award. Except for the ARMY.”

JoJo Siwa stepped away from her usual bright outfits, tightly pulled-back ponytail, and sparkly bows for the AMAs red carpet. Siwa left her hair down for the event and wore an off-the-shoulder black ball gown with a sheer skirt, swapping out her usual style with an elegant outfit. 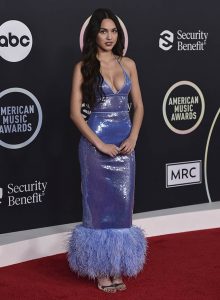 Olivia Rodrigo stunned at her third red carpet event, wearing a bluish-purple sequined gown from David Koma. The form-fitting gown grew feathery and fluffy at the bottom, adding an unconventional touch to the outfit.

Ask the Seniors: What Music Helps You Study?