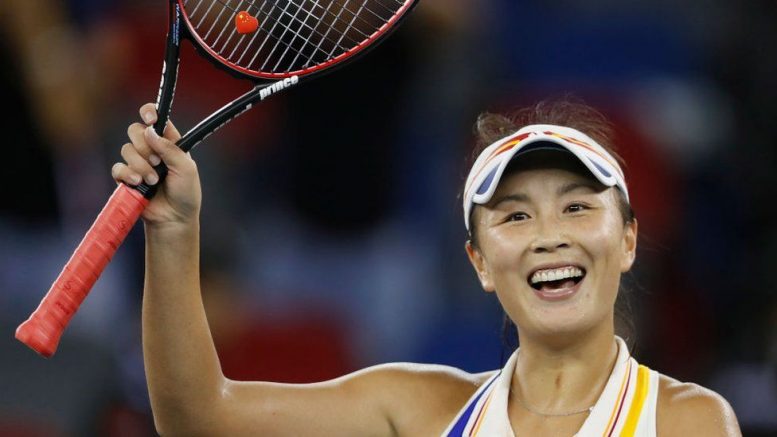 On November 2nd this year, Peng Shuai, a famous Chinese tennis player who won number one in doubles by the WTA in 2014, posted a sexual assault allegation on her social media account. She accused Zhang Gaoli, the previous vice premier of China, of having forced her into nonconsensual sex. Within minutes, her account was taken down, her name was erased from search engines, and social media was programmed to censor her name whenever it was mentioned. Not only that, but Peng was not heard from for weeks after her allegation, according to friends and family.

Soon, fans were concerned about her safety; without access to any communication outlets, no one was able to find out her whereabouts. Fans used the hashtag #WhereIsPengShuai to demand to government to endorse feminist causes and ensure judicial transparency. Currently, Chinese feminism is only supported by a few; those who support and protest publicly in favor of the MeToo movement are considered “foreign conspirasists.” While there is growing sentiment in favor of gender equality and the acknowledgement of sexual assault, the lack of women in governmental positions and military suppression of protests heavily hinders any meaningful progress.

While there was a Twitter post claiming that Peng Shuai was alive and well using screenshots of an email, it was from a state-run news source, and it didn’t explain why she would cut off all of her contact with close friends and family. Given this, much of the public did not accept the evidence. Even President Biden and the United Nations have consistently requested solid evidence from the tennis player herself to secure her safety.

Groups of women have accused Kris Wu, Zhu Jun, and many other influential Chinese figures of sexual misconduct. While women have not succeeded in holding these men fully accountable, the censorship has not been as intense as this particular case. While Zhang Gaoli doesn’t appear different from these other men, he was one of the most high-ranking political officers in the country. Serving as the vice premier of China, Zhang held an astronomical degree of power. Most critics of the situation agree that this is the reason why the government quickly tried to cover up the accusations made by Peng and silence her to prevent any more damage done to his reputation.

Ultimately, Peng Shuai’s voice has rekindled the flame of the MeToo Movement. Through such an unexpected situation, supporters of the movement around the world have called for greater transparency and recognition of Peng Shuai as well as other victims of sexual abuse. The people of China and the world are still awaiting a clear answer about Peng Shuai’s whereabouts and the truth behind the scenes.

Be the first to comment on "The Disappearance of Peng Shuai"