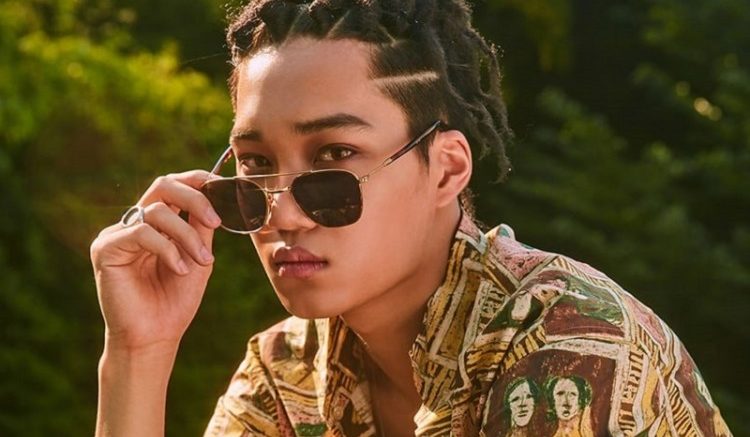 “Appreciate don’t appropriate,” Catherine Luo, the president of ASIA, stressed along with the ASIA and BSU members who led the event. The event was the K-pop General Assembly, or K-pop GA, which was held in IMSA’s TV Pit on November 8th. Luo stated that the GA’s purpose was not to shame fans of K-pop, but rather “to draw attention to the grim yet hidden reality of the industry”.

The ASIA members began by presenting a brief history of Korea. They informed their audience that, in the past, Korea has been controlled by several countries and has fought in many wars. This led to the prevalence of xenophobia in Korea. Eventually, Korean culture increased in popularity. One element of the culture that has become extremely popular is K-pop. In K-pop, artists aim to convey a single concept in each of their albums. From the concepts K-pop artists had presented, K-pop fans began to construct generalizations or stereotypes about Korea. K-pop fans enjoy the seemingly perfect world that K-pop has presented them with but do not realize its negative impacts.

Next, the ASIA members delved into the issues of K-pop. Many K-pop artists must go through surgery before they are employed by an industry. Once they catch an industry’s eye, the industry demands that they sign a binding contract before they may proceed to work, which force K-pop artists to continue to work for the industry in order for the industry to continue to profit. After an artist signs the contract and begins to perform, the industry focuses all of their attention on the success of the artist, ignoring the artist’s well-being. Because of this, artists’ mental and physical health are left to plummet. Not only do industries fail to attend to their artists’ safety, but many industries even abuse the K-pop stars. The artists are expected to perform suggestive dances, even if they’re minors. High-ranked figures in the industry often sexually abuse the K-pop stars.

The BSU members then discussed hip-hop’s influences on K-pop. After K-pop artists had begun to incorporate hip-hop into their own music, they also began to incorporate aspects of the African culture into their own lifestyle. For example, Jackson Wang, member of South Korean band GOT7, wore dreads in an advertisement for Pepsi. Some K-pop members have even begun to identify as black. BSU President Jayda Yancey explained the issues such occurrences raise:

“At the end of the day, he can basically undo his dreads. He can stop speaking in an African American vernacular because it’s not natural for him…but I can’t take off my skin…If you like hip-hop, R&B, rap, that’s okay. Just don’t identify as [black] because it’s so much more than that. I’m so much more than my hair. When you take it and try to claim it as your own or try to say, ‘I like it!’ because of a stereotype, it can be problematic because you also don’t face any of those negative repercussions that come with actually being of African descent.”

K-pop members also tend to misconceive people of African descent. Wendy, a K-pop star in South Korea’s Red Velvet, spoke in an angry tone and used dramatic hand gestures as she attempted to mimic black people. Since Koreans are constantly presented with stereotypes of people of African descent, they continue to hold a shattered view of the African culture.

To wrap up their presentation, the ASIA and BSU members explained the relevance of their topic to IMSA. IMSA is filled with fans of both K-pop and K-dramas. As previously stated, K-pop’s initial appearance of perfection often blinds K-pop fans from the issues that come along with the upbeat tunes and energetic dances. IMSA students are no exception. Many students who are fans of K-pop or K-dramas attempt to educate Korean students on their own culture. These students have also participated in ASIA’s Lunar New Year show solely for the fact that the majority of the show used K-pop music. When asked to expound on the issue, Joanna Lee, a member of ASIA, described how “Every single class dance was K-pop, and honestly, I didn’t feel like that was a Lunar show because Lunar is everyone trying to celebrate the coming of the New Year…It’s not supposed to be a K-pop talent show, but it felt like a K-pop talent show.”

Finally, to highlight the main takeaway of the GA, Catherine Luo stated,

“To the Kpop listeners: don’t hate us, don’t hate Kpop media companies, and don’t spread hate at all; the next time you put your earbuds in, just remember to be thankful for what the artists went through to sing those words. At the end of the day, everyone should always stay informed and remember, ‘Appreciate don’t appropriate.’”