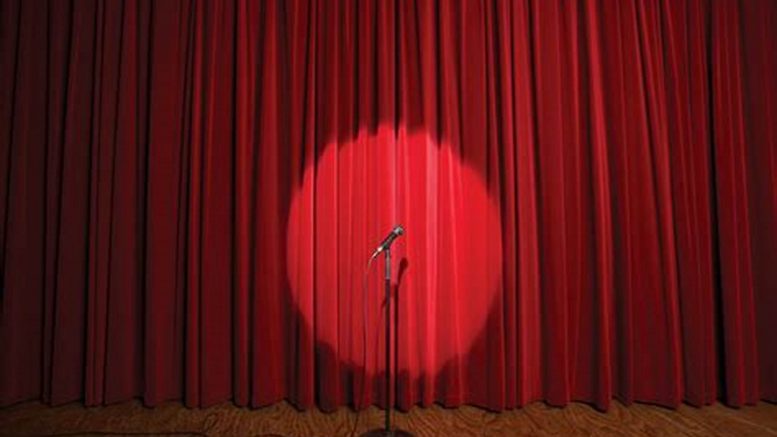 The auditorium stage became a venue for members of the IMSA community to anonymously reveal their scariest and most life-changing experiences to raise awareness for social issues on campus. Source: Nepa Scene

On Wednesday, November 7th, BELLAS (Beautiful Empowering Ladies Leading All) held “Tales from the Homefront,” an hour-long event that focused on sharing stories from the IMSA community. The event is required for sophomores, but the auditorium was also scattered with juniors, seniors, and IMSA staff. At the beginning of the event, the BELLAs and storytellers marched on stage and performed a powerful series of rants, which focused on sharing the members’ personal experiences of being called offensive words such as “sweetie”, “ghetto”, and “ugly.”

After the rants, a series of stories submitted by the IMSA community, including past students, faculty members, and other members of the community, was read from behind a curtain so only the silhouette of the reader was visible. The stories read were:

“Rules”, which was about an eating disorder

“Students Like You”, which was about a teacher that treated minority students poorly

“Bad influence”, which was about depression and domestic violence

“Baseball Bat”, which was about trying to escape mental illness and issues at home through attending IMSA

“Statistics”, which was about the prevalence of sexual assault and rape at college campuses

“Rocky Transitions”, which was about racial prejudice at IMSA

“First Kiss”, which was about sexual assault and the importance of consent

Following the stories, the sophomores broke out into their navigation groups and discussed the event. During the breakout session, sophomores were encouraged to reflect on the event. Although some of the discussion groups didn’t have high levels of participation, many sophomores agreed on the importance of “Tales from the Homefront.”

Additionally, the BELLAs and those who participated in Tales shared their motivations for participating and explained why they believe in the importance of Tales.

No matter the reason for attending, Tales had a clear message for all who attended: you aren’t alone in whatever you’re going through. There are resources available, from counselors to teachers, who are willing to listen to those who reach out.

Does Race Matter? A Look at the Harvard Affirmative Action Lawsuit