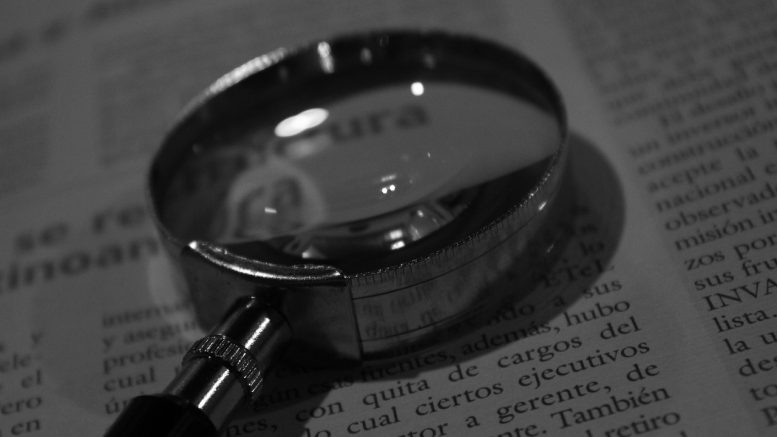 The following is an anonymous letter from an IMSA constituent. This letter has been reviewed only for the appropriateness of its language, and no edits have been made to its content, claims, or assertions. The Acronym supports respectful discourse about the challenges facing our community and welcomes comments on this article which uphold that standard.

Readers can find a rebuttal to “On Hate Crimes and Hoaxes” written by The Acronym’s sponsor, Ms. Tracy Townsend, here.

IMSA is an amazing school. Its dynamic, diverse community has always been an essential component of the student experience there.

Speaking as someone with a longtime affiliation with IMSA, and as a vocal supporter of the Equity and Excellence policy, I feel obliged to speak up regarding the alleged hate crime on IMSA’s campus.

The precise details released on the situation have been few, and it remains possible that new facts will come to light. The essence of this letter, however, remains the same.

An email from Katherine Berger and Traci Ellis, the Chief Student Affairs Officer and the Chief Human Resources and Equity Officer, respectively, summarized the situation as follows.

“Recently, the IMSA community experienced a bias incident on our campus. The incident involved a black doll with a noose around her neck hanging in 1508, an area of campus that is meant to be a safe and inclusive space in which students have fun, relax, converse and otherwise unwind with friends. The space is now closed until further notice, as it is no longer a place where students feel welcome or safe.”

The doll and noose formed a clear reference to the historical lynching of blacks, and a long past of discrimination and racial oppression. Needless to say, students were furious. Many demanded a public apology from the perpetrator, saying that the school administration should ‘show no mercy in dealing with this blatant act of racism.’ They openly expressed hope that the perpetrator would be suspended or expelled.

But we cannot make assumptions about the guilty party — their identity, their gender, or their ethnicity. Assigning blame to any one group demonstrates prejudice in itself. Terming the occurrence a “bias incident” or a “racist incident” reflects implicit and unfair assumptions about the racial identities of both perpetrator and targets.

In April 2011, a student at the University of Virginia Law School (Jonathan Perkins) submitted a letter to the university newspaper, claiming that he had been harassed and racially profiled by campus police. Naturally, the incident caused outrage on campus about such blatant racial discrimination.

But a university investigation found no evidence for such an occurrence, and Perkins himself admitted to making up the story, “I wrote the article to bring attention to the topic of police misconduct. The events in the article did not occur.”

In March 2014, a student at Grand Valley State University reported racist graffiti on her dorm room whiteboard. Police determined that the student had written the messages herself, and the student was referred to the dean for a student code violation.

In May 2017, a student activist at St. Olaf College was found responsible for putting a racist threat on her own car. In September 2017, five black students at the United States Air Force Academy had their dorm room doors vandalized by racial slurs, but one of the students targeted was later found responsible. In November 2018, someone wrote a racist slur in a campus bathroom at Goucher College, causing students to demand social justice training and safe spaces, when it turns out that a student of the targeted race was responsible for the slur. And just yesterday, another suspected hoax occurred at the University of Wisconsin Eau-Claire in which a student was suspected of writing racist notes to herself.

Real hate crimes do occur. And regardless of whether this incident was truly a “bias incident,” the guilty party should be disciplined appropriately by the school administration. But IMSA has never been known for being a hateful community, especially with its recently-increased diversity initiatives, including the equity-and-excellence policy and the numerous mandatory diversity training sessions. No event should be considered out of context, and a history of hate-crime fraud on school campuses does exist. It is unfair to all of IMSA’s students – regardless of race – to ignore the possibility that this is not a true bias (or racist) act.

In the meantime, avoid jumping to conclusions, and let security investigate the incident.

[For the purposes of this article, a “hoax” is defined as an instance where a minority group was believed to be targeted/threatened by a racist action (hate crime), when in reality the crime was perpetrated by someone of the same or different minority group. Specific to the IMSA incident, if any POC student put up the doll, then that is a “hoax,” since by definition racist actions must be committed by a white person against a POC. This goes doubly given the history of lynching of blacks by whites, which the doll incident referenced. – Anonymous]