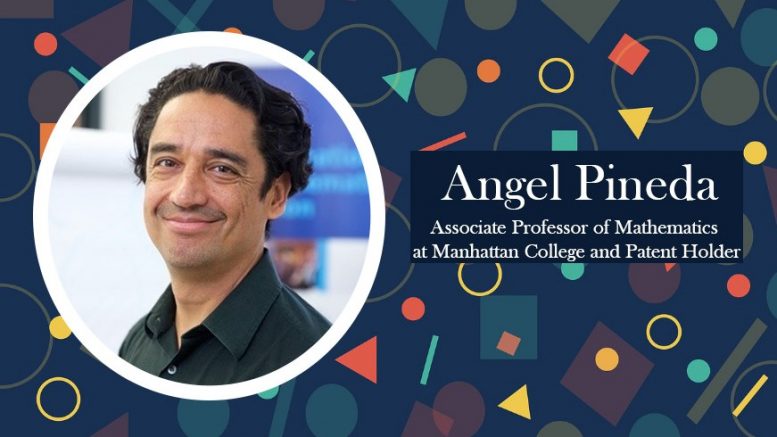 “Pursue your passions.” This is the mantra propagated by college admission counselors, parents, and high school upperclassmen alike when advising others on how to spend a high school career. Yet, even as these formative years provide numerous opportunities for teenagers to discover their future professions, this simple directive holds much greater complexity. How does one identify their passion? Is it necessary, or even beneficial, to commit oneself to a lifelong career? The Acronym aims to provide insight into these questions by examining the academic and career pathways of IMSA alumni and industry experts. Through interviews with leading computer scientists to healthcare innovators alike, we aim to examine how pursuing one’s passions is a dynamic and continuous process that will extend to one’s collegiate years and beyond.

As an Associate Professor of Mathematics at Manhattan College, Angel Pineda has had a career centered around teaching, research, and service. “Mathematics has much aesthetic and functional beauty,” he writes on his website. Although he has had a lifelong love for mathematics, he had never imagined his career centering around it when he was young.

Growing up in Honduras, Pineda spent his high school years attending an international school. As a private, bilingual school with small class sizes and engaged teachers, it opened up the opportunity for him to get a scholarship to Lafayette College in the US. There he intended to earn his undergraduate degree in chemical engineering – at the time, the highest paying undergraduate major – before returning to Honduras. However, once in college, Pineda found himself wanting to study mathematics instead. “I liked chemical engineering. But I loved math,” Pineda recalls. “[My parents] told me, ‘Look, if you come back to Honduras, you won’t be able to have the stable life that you would want if you were a math major. Finish your engineering degree.’ So that’s what I did. And this is very common for people who come from families who have had financial insecurity – picking a career that will be financially secure for them.”

While Pineda did graduate Lafayette College with a chemical engineering degree, his time as a graduate student at the University of Arizona ultimately led him down a much different path than what he or his parents had originally intended. “I went to get a PhD in applied mathematics because I was an engineer who loved math,” Pineda says. It was during the first class taught by his advisor that that he was first exposed to the concepts that would inform much of his research later in life. “He was talking about abstract mathematical things. Like how functions can apply to medical images,” Pineda recalls. “And that was combining the world of my parents – the doctors in Honduras – with the math that I loved. And that’s the kind of research I’ve been doing ever since.” 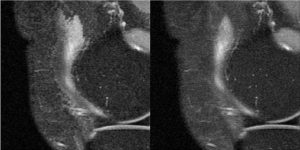 As a postdoc at Stanford University, Pineda did indeed continue with this same kind of research – using math and programming to improve medical imaging. Working with a radiologist, a computer scientist, an electrical engineer, and a physicist, he looked for a way to better separate water and fat on an MRI, so for example, a torn ACL could be seen better by doctors. “Something in statistics, [the] Cramer-Rao bound, tells you how accurately you can estimate something. So this idea that is abstract in math helped us get the data that would best separate water and fat. And it led to something that people weren’t doing before,” Pineda explains. This discovery ultimately resulted in four patents, the filing of which was paid for by Stanford University. The method, called Iterative Decomposition of Water and Fat with Echo Asymmetry and Least-Squares (IDEAL), has now been used by the top three MRI manufactures: GE medical systems, Philips Healthcare, and Siemens.

In addition to his work with teaching and research, Pineda emphasizes the importance of a third aspect of his job: service. “There’s a lot of talent in the US and around the world that is not developed. If you look at the number of math publications out of Central America per capita compared to the US, it’s a lot less. And so assuming that mathematical talent is uniformly distributed around the world, that just means that people have less access to develop their own ideas and their own talent,” Pineda explains. “That’s one of the things that I wanted to do… to make [developing mathematical talent] less dependent on just where and to whom you were born.”

To help narrow this gap, Pineda begun volunteering in Cambodia, where educated citizens had been killed by the communist Khmer Rouge regime during the 1970s. The result was a lack of people with higher education to teach college or graduate school, leaving volunteers from around the world to come teach in a master’s program in mathematics. “When I arrived, there was only one math PhD in the country,” Pineda recalls of his time as a volunteer, where he taught a computer-based course in a computer lab that lacked electricity about half of the time. Today, he works with a program that creates scholarships for master’s and PhD students in developing countries.

To high school students, particularly those IMSA students who love math and science, Pineda breaks what might be a hard truth. “[You have to] learn to write. Learn to communicate even though you love math and science.” For him, writing has become a much larger part of his day to day job than he expected. As a teacher, writing personal statements, teaching statements, and research statements are “the way you get your foot in the door.” As a researcher, writing grant applications are essential to securing funding for his work, particularly given how hard it can be to get them. “When I look at who is successful or not in my world, they were rejected from grants multiple times and they just kept submitting them,” Pineda says. “People who are resilient and persistent tend to succeed. If you fail, see it as an opportunity for growth…If you look at life in this way, you’re much more likely to succeed than if you think of challenges as barriers that you have to overcome.”

But even more importantly, Pineda emphasizes the importance of finding the things that are interesting and exciting to you. “You have to decide what’s important to you and be deliberate about your decisions,” he advises. “Pick the courses that you love. And don’t worry as much about the grades.” For Pineda, this has led to career that he finds incredibly rewarding.  “It’s like playing for me,” he says of his teaching and research. “I have colleagues or friends who make more money than me, but they typically don’t go to work to play… And once in my career, there [was] something that I played with that ended up in an MRI scanner. And this theoretical thing ended up being something that helped a patient. That’s like a dream come true.”

Eva is a senior from Lombard who lives in 1506 A-wing. She is super excited to serve as the Co-Editor-in-Chief along with Rachna Gupta for the 2020-2021 school year! Outside of The Acronym, she's involved in Lincoln-Douglass Debate, SIR, and entrepreneurship.

IMSA Engineers Put Their Styrofoam Boats to the Test

2 Comments on "Career Pathways: Working to Play and Giving Back"