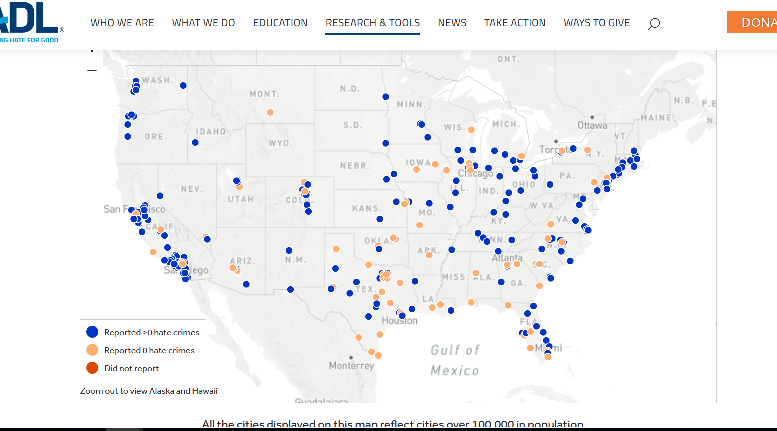 The following is a letter in response to the anonymous letter to the editor, “On Hate Crimes and Hoaxes,”  which refers to the events of September 17, 2019 in 1508 and the Academy’s response to this bias incident. This letter comes from The Acronym’s faculty sponsor, Ms. Tracy Townsend. It is not meant to represent the views of the faculty as a whole, of IMSA administration, or of The Acronym as a publication. The Acronym supports respectful discourse about the challenges facing our community and welcomes comments on this article which uphold that standard.

As the faculty sponsor of The Acronym, all articles we publish come through me for final vetting. In the interests of providing students with a voice that both fairly represents their experiences here and protects student safety and well-being, IMSA’s leadership trusts me to exercise my best judgment about what appears on this site. They also expect me to answer for it when my judgment has failed our community. I take my responsibility as The Acronym‘s final editor very seriously and thus view every article we publish through a critical lens.

In an effort to give members of the IMSA community equal access to The Acronym as a platform, I have elected to publish “On Hate Crimes and Hoaxes.” However, it would be remiss of me to publish this anonymous letter without also offering a critical counterpoint to its claims. My concerns with Anonymous’ letter come down to issues of definition, of evidence, and — ultimately — of perspective, each of which I speak to below:

1.) Anonymous’ definitions of “hoax” and “hate crime” appear to be their inventions, existing nowhere in the FBI or Illinois law enforcement information about hate crimes policing in the United States. It is also not the definition used in the Civil Rights Act or the Hate Crimes Statistics Act. Anonymous’ decision to inject into their hate crimes definition that such a crime must “by definition [. . .] be committed by a white person against a POC” suggests that Anonymous views hate crimes as a tool of grievance for people of color against white people. The data provided by the FBI reveals no such reality in the policing of hate crimes, or in their commission. Indeed, the FBI data reveal that of the 6,370 known hate crime offenders in 2017, 21.3% were Black or African American, and 19.1% were of unknown, nonwhite races. Clearly, the justice system does not see people of color as immune to committing hate crimes, and so tainting the discussion of these offenses with the notion that they are solely put upon on the shoulders of white people is both misguided and misleading.  Anonymous’ use of a deceptively convenient definition, invented and amended to suit their argument, should make us justly suspicious of their claims.

2.) Anonymous’ suggestion that many hate crimes are hoaxes (supported by citing a handful of anecdotal incidents well-covered in the media) ignores reliable data gathered by law enforcement and research institutes alike. The Center for Study of Hate and Extremism reports that roughly 21,000 hate crimes were committed between 2016-2018. Only 50 of these incidents were found to be false reports, meaning that only approximately 0.2% of reported hate crimes over a two year period met the legal definition of a hoax. To base the claim that we should not assume this crime is real on a cherry-picked sub-section of deceptions, themselves vanishingly small when read in their proper context, suggests that Anonymous’ first concern lies in casting doubt on the crime rather than in taking the lived experience and justifiable fear of IMSA community members seriously.

3.) Anonymous urges IMSA that “[n]o event should be considered out of context, and a history of hate-crime fraud on school campuses does exist. It is unfair to all of IMSA’s students – regardless of race – to ignore the possibility that this is not a true bias (or racist) act.” This is a curious call to action, as it privileges unfairness to the status quo (the perception of IMSA as peaceful, amiable, and safe) over unfairness to the lived experience of students and staff members of color. The assertion itself relies on gaslighting the event’s victims — people who have been harmed emotionally regardless of the perpetrator’s intent — as a tool of ostensibly peaceable discourse. We should not be more afraid of damage to our community’s public face than we are concerned about damage to our most vulnerable community members. To equate pursuing a hate crime (or “bias incident”) investigation with jumping to unjust conclusions does just that.

4.) Anonymous concludes their letter with the claim, “IMSA has never been known for being a hateful community.” This claim, however, clearly does not speak for the 30% of IMSA students who reported in the 2017 campus climate survey that they do not feel safe on campus due to their race, sex, sexual orientation, or other aspects of their identity. As Black Student Union President Kya Richardson observes in her own letter to the editor, IMSA’s students of color know what it is to feel threatened by hate.  I am glad that IMSA has apparently been a place of comfort and safety for Anonymous. I wish all students and staff could feel the same. But Anonymous’ experience cannot account for the real and measurable concerns of students who have not enjoyed that same sense of security.

Each of us approaches our lives with a certain set of blinders. Certainly, Anonymous has theirs as surely as I have mine. But the IMSA community deserves a response to our present historical moment that is more fully informed by existing data than, perhaps, Anonymous had originally considered.

I welcome those who wish to contribute further to the discourse about the IMSA community — its diversity, its safety, its honesty, and its inclusion. It is my hope that you will find my words, and the words of your colleagues, worthy of scrutiny, and in so doing, aid in making the academy a better place.