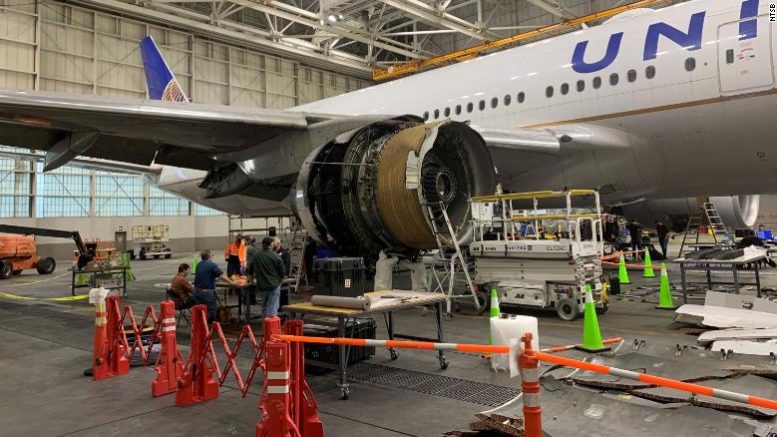 Boeing 777 has obtained more orders and deliveries than any other wide-body airliner. More than 60 customers placed orders for 2,049 aircraft in all models as of August 2019. With these many airliners, there are bound to be accidents, and with Boeing 777, they have had their fair share of incidents.

As of February 2021, Boeing 777 has been involved in 31 aviation accidents and incidents, including eight hull losses (five of which were during flight and three were on the ground), 541 fatalities, and three hijackings.

Recently, on February 20, 2021, Boeing 777-200 on United Airlines Flight 328, suffered an engine failure which led to engine cowlings and other parts landing in a Denver, Colorado suburb — some falling in front yards, on cars, and even one going through a roof. Boeing 777-200 made an emergency landing back at Denver International Airport. After an investigation was conducted, it was found that two fan blades had broken off. One of which had suffered metal fatigue, and it was thought that it had chipped another blade, which then also broke off.

Alongside engine failures, Boeing 777 has seen hull losses, which is an aviation accident that causes damage to the aircraft that is beyond economic repair. Its first hull loss was on January 17, 2008, when a Boeing 777-200ER, with a Rolls-Royce Trent 895 engine, slid onto the runway’s threshold after crash-landing. There were 47 injuries and no fatalities. This accident resulted in severe damage to the landing gear, wing roots, and engines.

Its most recent, the eighth, hull loss was on July 22, 2020, involving a Boeing 777F of Ethiopian Airlines. While in the cargo area of Shanghai Pudong International Airport, it caught fire.

As for the first fatality involved with a Boeing 777, it occurred in a fire while an aircraft was being refueled at Denver International Airport in the US on September 5, 2001. From the fire, a groundworker sustained fatal burns. The aircraft was damaged by fire on its lower wing panels and engine housing. Later, it was returned to service after repatriation.

IMSA Engineers Put Their Styrofoam Boats to the Test

Be the first to comment on "Boeing 777’s Engine Failure: The Latest in a Disastrous Series of Events"