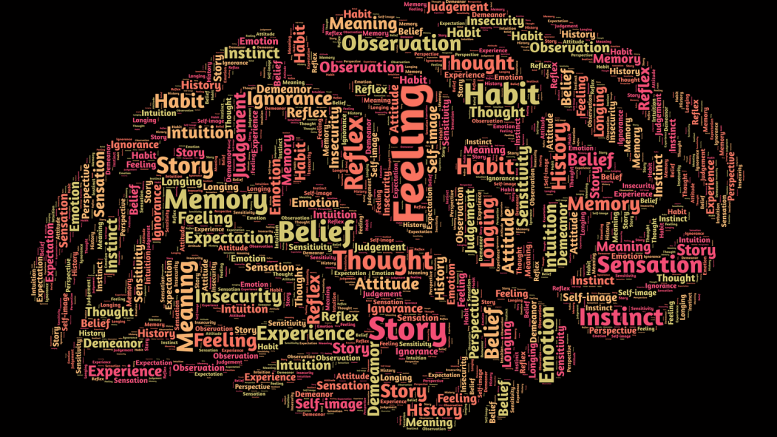 Human neurology is the ultimate culprit behind the phenomenon we call implicit bias. Source: Pixabay.

Following the recent diversity training for juniors and seniors, implicit bias has become a prominent discussion topic at IMSA, particularly in the contexts of race, ethnicity, and gender.

Implicit bias can be defined as innate, unconscious prejudice against another individual, based on their race, gender, or other external characteristics. Our experiences in life determine the ways we interpret, think about, and act towards others. Often, we act intuitively, unaware of the reasoning behind our actions, since we are controlled by our unconscious biases. Implicit bias is believed to be the root of racist actions, both individually and systemically, which in turn cause racially disparate outcomes in education, employment, incarceration rates, and socioeconomic class.

The concept of implicit bias was popularized about 20 years ago, when Dr. Mahzarin Banaji of Harvard University and Dr. Anthony Greenwald of the University of Washington created the Implicit Association Test (IAT), a 15-minute online test that claims to measure implicit bias. Though test-takers may not believe themselves to be prejudiced, their IAT score shows how likely they are to act racist, sexist, etc. in certain situations.

The IAT quickly became the keystone for psychologists seeking to measure bias – over 17 million people have taken the test online already. The test aims to measure how quickly you associate a number of factors – light vs. dark skin color, female vs. male, younger vs. older people – with positive or negative adjectives. For example, in the race-based IAT, test-takers hit the E letter key when they see either a light-skinned person or a positive adjective and the I letter key when they see either a dark-skinned person or a negative adjective. The labels then switch positions, so that test-takers must associate positive adjectives with dark-skinned people.

Skeptics of the IAT argue that a few milliseconds’ response delay is not sufficient evidence of unconscious bias. No one has yet demonstrated a real-world correlation between a person’s IAT score and their real-life actions. And although the IAT is a widespread method of measuring implicit bias, we must still remain skeptical of the scientific validity of the test. The IAT cannot even be used to filter out jurors based on their implicit bias.

However, the limitations of an implicit bias test do not necessarily invalidate the concept itself. While she acknowledged that the IAT test was invalid, in an interview, Dr. Kelly Page explained why she believes that everyone possesses implicit bias. She elaborated, “Implicit bias is not a good thing or a bad thing, it just is… You can ‘correct’ for implicit bias by making your biases visible to yourself and by working in diverse teams so that you have multiple lenses and backgrounds on decisions. Individuals always enact some form of implicit bias, but working in a team balances that out.”

Indeed, research such as Bertrand and Mullainathan’s study aims to demonstrate implicit bias in action against job applicants with resumes of equal quality but with names associated with different races.

Dr. Page added that IMSA needs “diversity training in every topic across the board,” to raise awareness of our individual and collective implicit biases in not only race and gender, but also religion, culture, education, privilege, political beliefs and so on. The ultimate goal of these training sessions is to reduce our unconscious biases towards group identities based on stereotypes. She elaborated,”The goal is to make [implicit bias] visible… Any discussions that draw people together to talk about implicit bias helps with implicit bias,” although there is no ultimate cure for this pervasive mentality.

However, others believe that individuals should be judged on their external actions, not their internal thoughts. According to them, having “bad” thoughts is not a crime. As Heather MacDonald argues in the City Journal magazine, “The need to plumb the unconscious to explain ongoing racial gaps arises for one reason: it is taboo…to acknowledge intergroup differences in interests, abilities, cultural values, or family structure that might produce socioeconomic disparities.”

Some argue that there is no legal basis for implicit bias training, citing the risks of IAT testing and the counterproductivity of implicit bias training. Many arguments against implicit bias liken it to the “thought crimes” of George Orwell’s novel Nineteen Eighty-Four – “One of the most fundamental values of a liberal society, beyond that of freedom of speech, is liberty of conscience… [I]ntrusion upon that mental landscape is the ultimate wrong that the state can do to the individual.”

Another argument claims that implicit bias is invalid and even dangerous, as a Wall Street Journal article noted, “The beauty of an implicit-bias framework is that deniers…who expose flawed research and offer other credible explanations for unequal [racial] outcomes are attacked as bigots and prevented from ‘spewing their hate’ on college campuses where tomorrow’s scientists are molded.”

Ultimately, the issue of implicit bias comes down to its real-world impact – whether implicit bias is the explanation for academic and/or socioeconomic racial disparities today. Dr. Mahzarin Banaji, IAT co-creator, pointed out, “One can have these implicit biases and also…behave in ways that are opposed to the bias.”

Real-world evidence for the existence and effects of implicit bias goes both ways. One study found “little evidence that changes in implicit bias mediate changes in explicit bias or behavior.” However, Scientific American counters that “the widespread pattern of discrimination and disparities seen in field studies persists. It bears a…[close] resemblance to the widespread stereotypical thoughts seen on implicit [bias] tests.”

Special thanks to Dr. Kelly Page for her advice and insights.