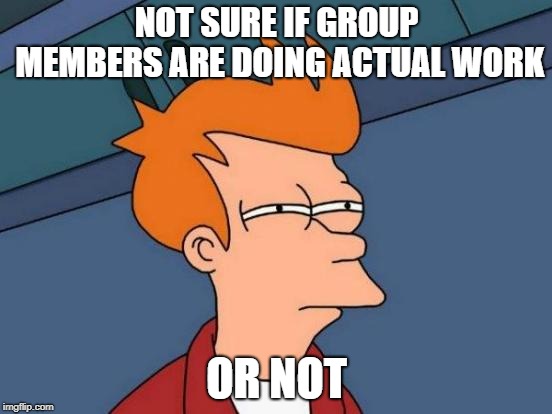 Accurately encapsulates most IMSA students' feelings towards group projects. Made with Imgflip.

Sometimes you get good group members. You like all of them and/or work well with all of them. In that case, group projects are an opportunity to both boost your grades and build friendships.

Often, however, you end up with a bad partner, a bad group member, or an entire bad group. As IMSA slang puts it, you end up being the “carry” for your group.

The problem with group projects is that people tend to look at the words “group project” on their daily planners and think, “Eh, I can afford to not do anything for that project. My group members will take care of it”…except when everybody in the group has that mindset, then nothing gets done.

Even when you divvy up the work “evenly,” you frequently end up with at least one group member who offers a lame excuse for not doing their part.

As someone who’s been both the “carry” and the “carried,” here’s some advice on surviving group projects.

And hey, not all group projects are bad, as long as everyone does something. If you’ve got a group project due soon, it’ll help both you and your group to work on it over the upcoming extended.

How to IMSA: Dealing with Bad Teachers

Be the first to comment on "How to IMSA: Group Projects"