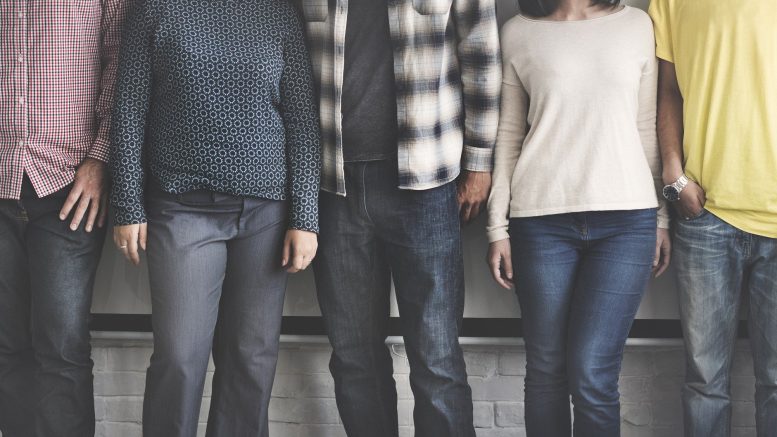 IMSA's diversity programs aim to faciltiate discussion among students about relevant social issues. However, are they truly effective? | Source: Pixabay.com

On Monday, November 4, the senior class was met with shocking statistics. Over 60 students at IMSA out of the 300-400 students who participated in the diversity survey had mentioned that they felt unsafe because of their political views. The next closest number was in the 40s, which involved students who felt unsafe because of their gender expression and/or sexual orientation, and students who felt unsafe due to race were just tailing behind. However, IMSA has chosen to focus on diversity programs for the latter two, with no mention of a diversity program based on political affiliation. Why is this the case?

IMSA prides itself on housing a diverse community, but the definition of diverse is obscure. According to Niche.com (IMSA’s favorite website), diversity is measured based on race and socioeconomic status. Though these aspects of diversity are very important, they do not take into account members of the LGBTQIA+ community and political differences, which I believe should also be focused on.

Most students recognize that IMSA is an echo chamber, an opinion of which I am in accordance with. How one goes on discussing this depends greatly on how they view the echo chamber. This concept was recently discussed in one of my classes, where one of the students brought up that they would prefer to be housed in an echo chamber with people of similar views for safety reasons. Though understandable, if echo chambers are favorable because of their safety, it says so much about a) IMSA, and b) the world as a whole. In a perfect world, safety would never be an issue when discussing opinions. At IMSA, the student’s resistance to diversity shows that they might feel unsafe because others do not know how to healthily express their opinions nor partake in effective civil discourse. Though an echo chamber may seem beneficial for students who support the majority’s views, it is incredibly dangerous for all members. Students with differing opinions are forced to suppress their opinions so that students who feel like they have finally found a “home” at IMSA will not have their bubble burst.

Unfortunately, this is the case in modern-day America as well. If students are not allowed to express their ideas as they develop, they remain silenced in a polarized society, building up resentment towards the majority until they burst. It is then that individual’s fault for expressing seemingly radical ideas. The only radical thing about the situation is that the individual was not allowed to express their opinions for fear of potentially losing their job, friends, or livelihood.

The same idea can be applied to IMSA, though sometimes it can be even worse. If students and parents alike believe that IMSA is pushing an overly liberal agenda, it is probably the case. The Academy claims that it wants its students to become critical and high-functioning thinkers of tomorrow’s world, which is function until they start slipping in little things that might not be noticeable to the more liberal student, but is quite glaring to the conservative. One of IMSA’s beliefs is that “diverse perspectives enrich understanding and inspire discovery and creativity”, but many students enjoy pointing out the fact that all schools never really mean anything by their mission statements and beliefs. If IMSA truly adhered to their mission, they would have no intention of trying to change students’ values. They would instead value everyone’s beliefs, listen to each voice, and take them into account equally.

To bring this back to the senior diversity training, one of the bullet points for goals of the LGBTQIA+ diversity program was to help students become allies, if they so chose. At first glance, this point is nothing more than that. However, this point was deliberately included in the presentation, almost as if to shame students who were not already allies. The bullet point told those students that their values were and would not necessarily be respected in the discussions that would follow the presentation and movie. Seeing those words, I could see students who had not already tuned out begin to stop paying attention, because once again, they were not allowed to say much without being harassed by their classmates.

The facilitators do not do much to help either; after all, we are human, and it is impossible to have a purely objective facilitator. Students may try to make a point during the discussion, and then the adult in the room will often glaze over their point or ask other students to contest it. However, points brought up that do not disrupt the political agenda are not asked to be contested; in fact, further questioning is asked to somehow understand the idea more.

One of the most blatant dismissals of students’ values was the chart written up on the board that detailed the 8 stages of LGBTQIA+ acceptance, which ranged from repulsiveness to nurturance. The facilitator talked about how all people should try to strive for nurturance and then asked students to identify where on the chart they believed they fell. Students that were “brave enough” expressed where they believed they fell, and that number was quite small, probably around 3 people out of a classroom holding around 20 students. Students should not have to feel scared to express how they feel about something, but it is our culture that stops students from expressing themselves. In a discussion about how members of the community at IMSA can be helped, it is, in fact, the students that perhaps hold differing views that are too afraid to speak their minds, lest they receive backlash from their peers and teachers alike. After the program, one of my friends from another room admitted that they could not even fathom speaking, other than when the class went around and each person said their pronouns. Other students said they were simply not paying attention and were on their phones because they believed that their opinions would not be valued and discussed. They chose rather to remain silent and detached.

Teachers expect participation from as many people as possible in programs, classes, and more. However, when students are implicitly taught that their opinions mean nothing and are constantly devalued, students find no motivation to continue. The worst part is that this goes beyond the student who does not want to speak; other students talk down those students behind their backs, calling them backwards and saying that they are crazy, yet what is truly absurd is that other students are refusing to hear their peers’ ideas and are not willing to take them into consideration.

I believe these diversity programs would be much more beneficial if all students felt that they could participate equally, and I propose having a diversity program at the beginning of sophomore year to address the fact that not everyone has the same opinions. This means that IMSA has to recognize that the school is an echo chamber, and they need to be willing to put a stop to this, even if the echo chamber is music to their ears. Perhaps a program of this sort would help students be more accepting of each other and of each other’s values, rather than becoming resentful of peers based due to contrasting beliefs. Having an open mind does not mean having a liberal mind, it means being willing to hear the other side and be able to calmly discuss differences without having to fear anything. Therefore, if IMSA wants to teach students to be critical thinkers with open minds, the Academy needs to start fixing the echo chamber as quickly as possible. Otherwise, IMSA will continue to hurtle down a hole of extremism faster than they realize.

Be the first to comment on "On IMSA’s Diversity Training"