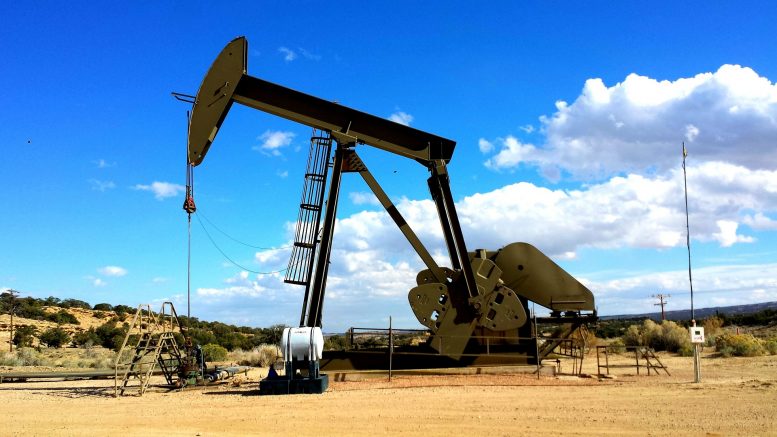 Three weeks ago, on September 24, 2019, the United States House of Representatives agreed to start an impeachment inquiry into Donald Trump. The evidence for impeachment comes from a memorandum, or writeup, of a call on July 25 between Trump and Ukrainian President Volodymyr Zelensky. According to the Wall Street Journal, the White House put a hold on $391 million dollars of Congress-approved military aid to Ukraine, the latest in the $1.5 billion dollars the US has sent to the country since the Ukrainian Revolution and annexation of Crimea. Although there’s no complete transcript, the memorandum goes on to observe that Trump “would like to have the Attorney General [of Ukraine] call you or your [Zelensky’s] people” and investigate the role of Joe Biden’s son in the Ukrainian corporate group Burisma Holdings.

In just under three months, Burisma Holdings has transformed from a company most Americans would never hear of to one of the most infamous companies in the American zeitgeist. The story behind Burisma’s rise to power and influence in the natural gas industry not only spans most of Ukraine’s history but puts it at the heart of the impeachment inquiry – and the attacks against it.

Founded in 2002, Burisma Holdings was started by Mykola Zlochevsky and Mykola Lisin. Zlochevsky would later rise to be Minister of Ecology and Natural Resources under the Yanukovych presidency. Just one year after the founding of Burisma, Zlochevsky chaired the State Committee for Natural Resources, one of the burgeoning nation’s first state committees. His power became eminent in 2004, as he managed to shut down a Polish-Ukrainian joint venture in 2004 just to support another natural gas company run by him called Ukrnaftoburinnya. Thanks to the power of its founder, Burisma enjoyed exceptional growth through the ranks of the oil and gas industry. Oil drilling requires exploration, and both Esko-Pivnich and Pari (two companies who Burisma claimed ownership of) obtained their exploration permits entirely during Zlochevsky’s work as Chairman of the State Committee.

Burisma’s path to obtaining these two companies and the exploration leases involves a complicated story of owners and Ukrainian Law. Key to this plan is the concept of “Integral Property Complex.” This facet of Ukraine’s Law allows companies to expand already-existing land claims by contesting that an additional region is integral to the success of operations in areas that they already own. Most importantly, acquisitions through Integral Property Complex don’t require public auctions, saving money and providing privacy for the companies that perform them.

The United States Security and Exchange Commission noted that Sunrise Energy Resources, a company based in Delaware, took control of both subsidiaries in 2004. The subsidiaries eventually came under financial pressure to another company called Millington Solutions Limited. By 2008, both subsidiaries – but not Sunrise – were transferred into Millington’s hands. At this point, the Karaikozovsk fields that were previously under Esko-Pivnich’s lease were proving to be less fruitful than anticipated. This jeopardized their status as integral property, meaning that they would have to be dropped from the Millington claim. Here is where Zlochevsky stepped in.

Burisma rapidly bought stock from the struggling companies, acquiring more than 69% of Millington’s common class stocks. The next biggest investor, Mr. David A. Melman in Texas, only possessed 0.87% – a number made worse by the fact that he was one of the directors of Sunrise Energy. The purchase of so much stock ensured that both original subsidiaries, Sunrise Energy, Millington Solutions, Ukrnaftoburinnya, and the Karaikozovsk fields fell under Burisma’s purview in 2009. From here, Zlochevsky had no issue using his power to keep the fields under Burisma’s lease. This convoluted pathway not only allowed the Mykolas to bypass the public auctions needed to obtain exploration permits, but also leverage Mykola Lisin’s role as the founder of Sunrise Energy Resources.

Although Lisin died in a traffic accident in 2011, his work laid the foundation for Burisma to ascend. At this point Burisma already owned over a third of Ukraine’s oil permits, and the company would only continue to expand. A year after Lisin’s death, Burisma had added three more companies to its reach, and the year after opened more than seven wells in just three months. This growth wasn’t entirely due to Burisma’s management though; the company had become a subsidiary of Brociti Investments in 2011. On one hand, this literally didn’t matter because Brociti was founded by Zlochevsky. On the other hand, much of Brociti’s stocks would be handed to Ukrainian oligarch Ihor Kolomoyskyi, and the timing of that transfer would have cause Burisma Holdings to become involved with a political whirlwind that had been building since the nineties.

As the second President of Ukraine, Leonid Kuchma had held the post since 1994. It was under his presidency that Zlochevsky became Chairman of his Committee. While he promoted relations between Ukraine and Russia, his time in the office became known for the release of tapes that implicated Kuchma in the abduction and decapitation of political journalist Georgiy Gongadze. In spite of questions regarding the validity of the tape, the revelation of the “Cassette Scandal” would lead to the 2004 Orange Revolution that led to the reversal of that year’s election results away from Kuchma and Prime Minister Viktor Yanukovych.

The new government, run by President Viktor Yushchenko and Prime Minister Yulia Tymoshenko proved problematic for Zlochevsky, as he no longer had allies that would enhance Burisma. Fortunately for him, Yanukovych regained the Presidency, with the leader of his party Mykola Azarov serving as Prime Minister.  The misfortune was greater for Tymoshenko, who was imprisoned for politically-motivated charges one year after the election. Unfortunately for Yanukovych, his decision to reject a partnership with the European Union, the furthering of an alliance with Russia, and the imprisonment of Tymoshenko led to another round of protests in late 2013 known as Euromaiden. After a brief period of peace, the protests returned during February 2014. These demonstrations were violent, escalating to standoffs between riot police and protestors that left over 100 dead and 1,000 injured.

They also led to the fleeing of Yanukovych from Ukraine, the liberation of Tymoshenko, and severe backlash in eastern regions that supported Russia and Yanukovych. Less than a month after Yanukovych fled, Russia annexed Crimea, and then-Acting President Oleksander Turchynov appointed Kolomoyskyi as Governor of the Dnipropetrovsk Province situated in eastern Ukraine. Kolomoyskiy was already the leader of the Privat Group, a larger collection of companies that spans multiple industries and extends as far west as Ghana. Though Burisma was a natural gas powerhouse in Ukraine, the country still imports 80% of its natural gas needs – Privat is the first true international heavyweight corporation in this tale.

Kolomoyskiy, however, had bigger issues than improving Burisma – he had clashed with Russia in the past, and Putin was not happy with his leadership. With such a powerful enemy on his heels, Burisma expanded its board to include more influential people across the world. These people include capital investors Devon Archer and Alan Apter, former CIA Director Cofer Black, former Polish President Aleksander Kwasniewski, and, most notably, Hunter Biden.

Although Burisma would continue progress from that moment, the story regarding the impeachment inquiry ends here. Trump called President Zelensky regarding Biden’s potential involvement in the removal of Prosecutor General Viktor Shokin, and two months later, the memorandum of his call would spark his the impeachment inquiry. Though Biden has claimed to have play a role in Shokin’s removal, there’s no evidence (aside from Shokin’s own claims) that Shokin was looking specifically into Biden’s work and salary at Burisma, and many members of the international community wanted Shokin removed for corruption among his staff and lack of results as a prosecutor. Regardless of the outcome, Burisma has secured itself – at least for now – as a key part in not just Ukrainian politics, but American politics as well.

Peter Baffoe is a senior at IMSA and serves as the News Section Editor. In addition to his journalistic commitments, Peter is a facilitator for the LEAD program and runs the Public Forum Debate team. Though he spends most of his time at night talking with friends and relaxing in 1504B, he typically defaults to reading about international relations and biology when alone.