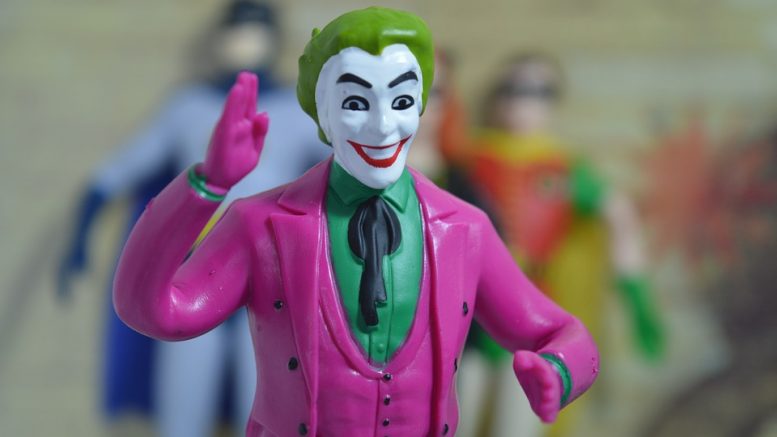 When people think of Joker from the DC Batman saga, they often conjure up an image of a comical villain necessary for the plotline. However, in the 2019 movie Joker, director Todd Phillips takes the classic character to a much more sinister plotline, with Joaquin Phoenix starring in this psychological thriller examining the descent of Arthur Fleck into the Joker.

The movie follows Fleck as he progresses into a dark, manic state. The wannabe stand-up comedian is institutionalized for several mental issues, one including a condition in which he laughs at inopportune moments. Spurned and bullied by much of society, Fleck becomes enraged when he is denied access to his medications. He eventually snaps, leading to the murder of three well-to-do business people on the subway. Fueled by this newfound passion, Fleck continues on a murderous rampage as a means of revenge on anyone who crosses him.

Initially shown at a film festival in Venice and Toronto, viewers are now afraid the movie will inspire a wave of violence. Joker portrays Arthur Fleck’s brain as both monstrous and heroic, a manic monster inside himself. Even scarier than that is the realistic nature of Fleck’s experience as a mentally ill person. The idea of a human being pushed to violence by the world around him/her is all too common and realistic. Just look at Elliot Rodger, a 22-year-old who went on a killing spree near the University of California Santa Barbara campus in 2014. Before the shooting, he shared a video that featured him saying, “Tomorrow is the day of retribution for the last 8 years of my life, ever since I hit puberty, I’ve been forced to endure and existence of loneliness, rejection, and unfulfilled desires…I don’t know why you girls are not attracted to me, but I will punish you for it.”

In addition, in 2012, a deranged young man committed a shooting atrocity outside a movie theater in Aurora, Colorado, during a midnight screening of the Dark Knight Rises, killing 12 people. It is true that the Joker did not inspire the shooting, yet worries of a copy-cat persist. An email from the U.S. military addressing social media chatter about Joker claims that the film’s release presents  “a potential risk to Department of Defense personnel and family members.” Loved ones of the victims from the shooting sent a letter to Warner Brothers, asking for the studio to commit to gun safety causes. Warner Bros issued a statement to ABC, stating that the film is purely fictional and not a glorification of “real-world violence”.

Not only has Joker created so much controversy about the violent message it entails, but the movie also received backlash over a certain song. In a pivotal moment of the movie in which Fleck is seen dancing on a staircase, the song “Rock N Roll (Part II)” by Gary Glitter is played. Glitter, whose real name is Paul Gadd, is currently serving a 16-year sentence for child pornography and other crimes. John Seay, a specialist in entertainment law, stated that Gadd could be making as much as six figures in royalties. Besides the money, people are questioning the morality of using a pedophile’s song in an already disturbing movie. Rahul Kohli, a British actor, shares this opinion, stating that while he enjoyed the movie, some may feel discomfort at the song choice.

Now that the basic controversies of the movie have been laid out, what do critics actually think of Joker? The film received a 8.9/10 on IMDb, a 68% on Rotten Tomatoes, and 4 out of 5 stars on Common Sense Media. Telegraph critic Robbie Collin posted on twitter that “It’s a very good movie and I’m worried someone’s going to get killed.” Furthermore, critics who saw the movie initially at the Venice and Toronto festival called it “dangerous”, “deeply troubling”, and “a toxic rallying cry for self-pitying incels.”

Despite the various drawbacks, the movie still managed to make $96 million during the first weekend. It is predicted to be very profitable, and Joaquin Phoenix is looking to win an Oscar for his role.

Be the first to comment on "Controversies of the Joker (2019)"