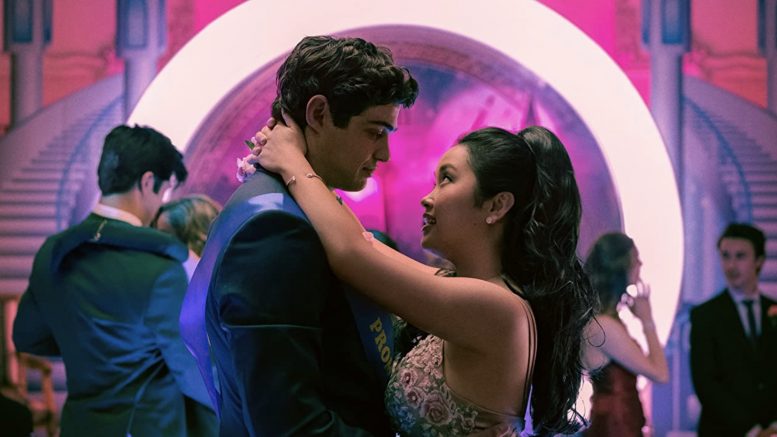 To All The Boys: Always and Forever is the third movie based on the book series by Jenny Han. Following To All the Boys I’ve Loved Before and To All the Boys: P.S. I Still Love You, this film centers around the protagonist, Lara Jean Covey, as she has to navigate college admissions and family drama while considering her future with her boyfriend, Peter Kavinsky.

The film begins with Lara Jean and her family visiting Seoul, the capital of South Korea. Right away, the viewers are captured. As the family travels around the city, we see various shots of Korean scenery and culture. The characters visit real destinations, including the Greem Cafe, Myeongdong, Yeouido Han River Park, and the N Seoul Tower. These features are a wonderful way of introducing the audiences to the characters’ cultural background and showcasing a truly beautiful city. Lara Jean even visits a lock wall where she finds a lock that her late mother left, providing for a heartwarming subplot. Additionally, the film includes K-pop music throughout the movie, playing “Gee” by Girls’ Generation, “Q&A” by Cherry Bullet, and “Pretty Savage” by BLACKPINK.

Romantic films rely on the actors’ ability to convey attraction between their characters, convincing the audience into believing that they are actually in love. In this film, Condor and Centineo more successfully show a true relationship. After having plenty of issues within the first two films, the couple is set to finally be happy with each other. The performance by the actors makes their friendship seem plausible. As the film analyzes each character’s induvial storylines, the true nature of their relationship is revealed. Both the actors do a wonderful job of maintaining the complexity of their relationship, additionally.

One of my biggest problems with the film was Lara Jean’s wardrobe. From my own experiences, her wardrobe is the farthest away from what an actual high-school senior might wear. Lara Jean wears bright colored dresses, layers, and color-coordinated outfits, while a typical student would wear sweats almost every day. The whole movie aims to create a realistic high school setting, but this aspect falls short. However, there are positives to this impractical wardrobe. Throughout the series, Lara Jean’s innocence is emphasized. Having a wardrobe with primarily bright colors is a way of highlighting that character’s qualities in a more subtle tone. Lara Jean’s personality directly correlates with her clothes, as they both stand out.

The film also falls short in terms of its pacing. Since a major plotline is Lara Jean’s college admission process, the audience eagerly awaits to hear about the colleges’ decisions. While one college is revealed quite early on, the rest are revealed quite later into the film and not given much importance. Additionally, as the movie follows a typical story timeline, there’s a central conflict that is expected to occur about halfway or slightly toward the end. However, I noticed an extraneous buildup to this film’s conflict. Everything seems too good for too long and the audience is left waiting.

While the film has its various successes and failures, I found myself satisfied by the ending. The final few scenes do a great job of relating this film’s plot to the other two movies, providing closure to Lara Jean and Peter’s relationship. Keeping an open mind throughout the rest of the movie will pay off to watch the end!

Be the first to comment on "To All the Boys: Always and Forever: Film Review"