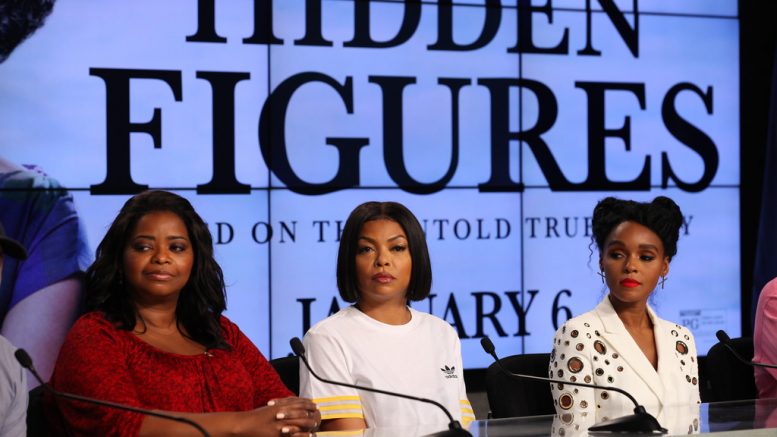 Bookworms like to say that “the book is better than the movie,” but in certain ways, movies have greater potential than books to draw people in, making the audience both see and hear the story. Books force their reader to think; movies offer a potential for thinking (just look at all the fan theories on Game of Thrones), but it’s not absolutely necessary to understand the story.

Hidden Figures is one such story. I’ve read the book, which took me two weeks; and I’ve watched the movie, which took me two hours. Although the book is naturally able to provide more context (for both the characters’ personal lives and the larger historical events taking place at the time), the movie version helps us really feel the story. We don’t need to understand the geopolitical implications of the Cold War in order to empathize with the three lead characters. We just need to see the injustice onscreen – Dorothy Vaughan not being properly salaried for her job as acting supervisor, Katherine Johnson walking half a mile because there are no colored bathrooms on the NASA campus, Mary Jackson being denied the chance for a promotion because the education qualifications keep increasing.

History textbooks teach us that there was something called “segregation” in the South even after the Civil Rights Act of 1964; movies like Hidden Figures bring that to life. Rather than being told that something is racist or sexist, we see the events unfold on the screen and determine this for ourselves. We feel as much tension when seeing Jon Glenn’s spaceship return to Earth as we do in watching Katherine’s typewriter pause before adding her name to an author list.

A good comparison is the IMSA environment itself. Incoming sophomore welcome sessions on racism, junior/senior implicit bias training, and faculty safe-space training tend to speak in the abstract. “This could happen,” “If this happens,” “Watch out for toxic situations like this.”

In contrast, something like this video by the Peer Multicultural Educators student organization would be Hidden Figures-level effective. It features IMSA students (anonymously) narrating their own encounters with discrimination at school. Hearing such firsthand accounts can be powerful catalysts for change.

Of course, the bookworms are right about one thing – the movie is not entirely faithful to the book. For instance, the Flight Research Division was not, as depicted in the movie, all white males. At the time when Katherine Johnson joined, the group included four female mathematicians, three white and one black. The book notes this difference – the movie does not. And Christine Darden, daughter of one of Dorothy Vaughan’s West Computing colleagues, is eliminated from the film adaptation. This is perhaps because the timeline of her NASA career is a few years off of Johnson’s, Vaughan’s, and Jackson’s.

Given the movie’s attempted coverage of three individuals’ lives in light of its theme of racism, it risks being reduced to a series of vaguely-connected snapshots of discrimination. Only the brief scenes featuring Katherine Johnson and Dorothy Vaughan’s family relationships smooths over the disconnect. But if the movie tried to include the trio’s entire life stories, we’d be looking at a rushed four-hour film instead of a well-paced two-hour one. And the film doesn’t need to include every detail of the women’s personal lives to convey its message. Hidden Figures, both the movie and the book, is empowering to females, blacks, and underrepresented groups everywhere: hidden African-American figures analyzing the numerical figures necessary to put a man into orbit.

For those interested in more historical context, take a look at Managing NASA in the Apollo Era (start reading at page 138, the section entitled “Characteristics of the NASA Work Force”).

Top Three Scenes in ‘No Time to Die’

Be the first to comment on "Hidden Figures: History and the Individual"