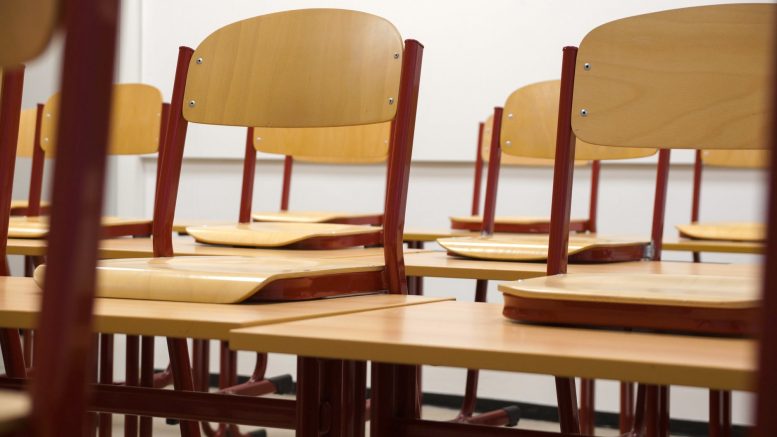 Gun violence across America has prompted many schools to institute training programs in the case of an emergency. | Source: Pexels.com

The ALICE training assembly on October 8 covered how to apply and use an emergency procedure in the case that there is a violent intruder on the campus. A violent intruder does not always mean a person with a gun, but it can also be identified as any person or persons with any violent intent. The training showed three simple steps: run, fight and hide.

In the case that the intruder is not near you and it is safe to run, you should run as fast and as far away as you can. The presentation did not specifically list a location to go towards, with some students pointing out that an intruder on the IMSA campus would likely cause Aurora Christian Academy to go on lockdown as well. Potentially secure locations include Walgreens, the church, or houses surrounding IMSA.

The next option would be to hide and barricade; this is used when it is not safe to leave your location. The idea behind hiding is that if an intruder cannot see you, they may assume there is nobody in the room. You should hide and barricade the door; however, some teachers and staff have indicated that barricading may be useless in many IMSA classrooms due to the presence of windows and doors on two sides of the classroom. If an intruder sees a table barricading a door from a window along a different wall, it will likely only serve to alert them of your location.

Fighting is the last resort option and only should bet if you cannot run or hide. This entails taking anything in reach and using it to hit or throw at the intruder, which includes books, binders, scissors, chairs, or anything else available.

Student feedback was overall negative, with most students stating that they “did not like it” or found it “unhelpful.” Another student spoke on how the training had “many flaws and would not help much in an emergency.” While the training may have had its flaws, it was nonetheless important for the school to give students the skills and the information for such an emergency situation.