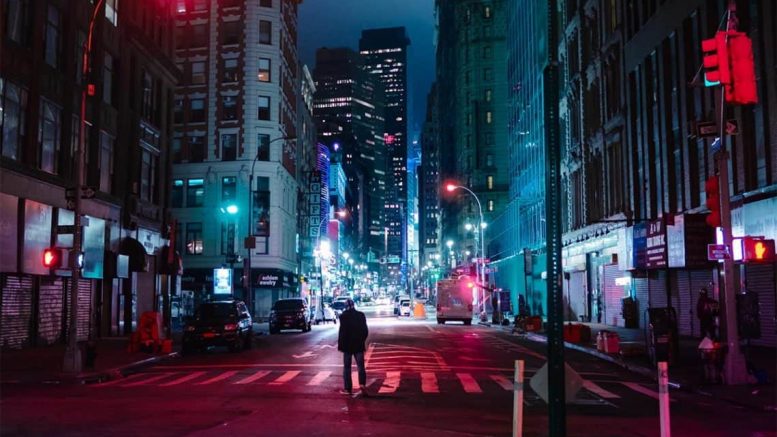 Many urban areas are known as hubs for criminal activity, as the correlation between city size and violent crime rates is well documented. Indeed, many cities in the United States reached all-time high annual homicide records in 2021.

Even though crime in New York City experienced a steady decline from the 1990s through the mid-2010s, that trend was broken in 2019. In January 2022, the city reported a 38.5% spike in overall crime compared to the same time last year, prompting both official responses and media reactions.

One of the recent violent crimes in New York City was the murder of a 40-year-old Asian-American woman when she was shoved in front of a train. Her suspected attacker is a homeless man with a history of violence and mental health issues; he has since been charged with second-degree murder and has undergone a psychiatric evaluation.

A 62-year-old man was also injured after being pushed onto subway tracks in January. Other cases of violence last month resulted in an infant being shot in the face by a stray bullet and a New York Police Department (NYPD) officer being killed on the job. Several more police officers have been severely wounded during the rise in gun violence.

While there are many speculated causes for general crime in urban areas, the reasons for the recent spike in New York City are mostly unclear. One potential motive is hate; the NYPD reported almost a twofold increase in hate crimes from 2020 to 2021. Although anti-Semitism is still the primary hate crime motivation, Asian-American hate has been the main driver for the increase. Many people have mistakenly scapegoated Asian-Americans for the COVID-19 pandemic, which is believed to have originated in China.

While these causes do not entirely account for the sudden increase in crime, many believe that certain government initiatives may be effective in reducing illegal activity. Proposed programs encompass public housing, affordable mental health treatment, gun control, and drug rehabilitation.

The New York City government has primarily responded by promising to increase police presence across the city. However, the newly inaugurated mayor’s long-term plan, known as the Blueprint to End Gun Violence, is more nuanced. Mayor Eric Adams aims more to prevent violence rather than merely react to it. Nevertheless, concerns have arisen about the plan’s potential reliance on methods that have been abused in the past to over-police people of color and their neighborhoods.

Outside of official press releases, news media have extensively covered many instances of violence in New York City. In addition, several opinion pieces have been written about the effects of increasing crime and methods to curb violence. Despite the city’s anti-crime efforts throughout the pandemic and regardless of the speculated causes, illegal and violent activity in New York City has significantly increased since 2020.