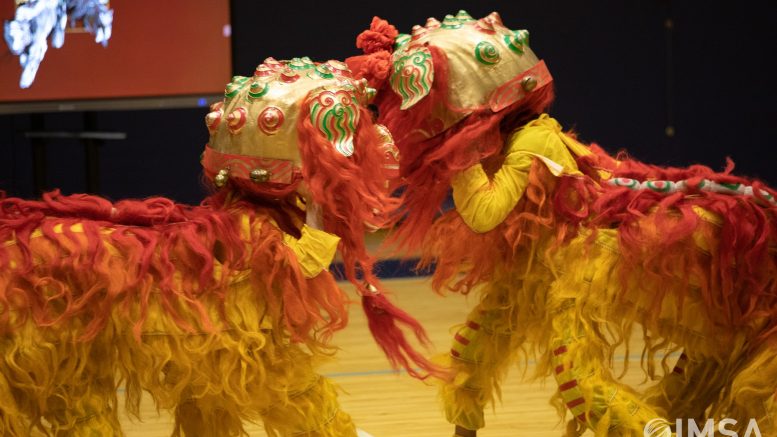 Earlier this month, IMSA’s Asian Students in America (ASIA) successfully organized their annual culture show, Lunar. On the evening of February 4th, students enthusiastically filled the bleachers, while teachers, parents, alumni, and administrators attended virtually (through a live stream coordinated by IMSA Student Productions). Attendees were quickly impressed, captivated by cultural fans, ribbons, and costumes, well-choreographed dances, and a moving play. Even with some technical and logistical challenges early on, organizers, participants, and viewers were able to ultimately come together to celebrate the Lunar New Year. 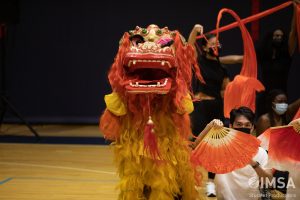 Preparation for the show had begun right around mid-November when ASIA held its Lunar GA to inform the student body of involvement opportunities. Typically, Lunar is held in late January or early February, with students, parents, and teachers all viewing the show in the auditorium. However, due to COVID-19 mitigation measures, ASIA was directed to instead display the show in the Main Gym (similar to recommendations made to the Indian Student Association for their show, Diwali), with only students and on-campus faculty in physical attendance.

This year, ASIA presented ten dances (each with a few choreographers)…

ASIA complemented these acts with a self-written play,  Lunar New Year. Unlike the Indian Student Association (ISA), ASIA chose to perform the play live, recruiting more than ten actors. As the name suggests, ASIA’s play centered around the Lunar New Year, featuring characters who slowly begin to recognize and immerse themselves in their culture.

With the day of the show coming closer, ASIA’s preparation became stronger, especially with new-found challenges – for instance, in light of inclement weather, IMSA administration chose to close the main building for all activities other than obtaining meals at Lexington on Wednesday (2/2). No longer allowed to prepare in the main building, some choreographers and dancers chose to prepare in the Hall Commons.

Eventually, though, the night of the show came along. Right around 6:30 PM, ASIA President Jasmine Liu (’22) and Lunar Director Kevin Fan (’22) entered the stage and welcomed the hundreds of physical and virtual attendees. Even with some delays, students were captivated. From the prop-filled Chinese Traditional dance to the energetic Martial Acts performance, students watched 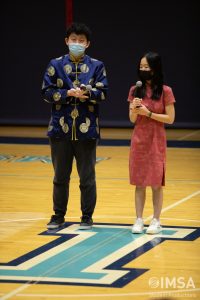 in awe for the entire duration of the show. The two hours of the show quickly went by, and right around 9:00 PM, Liu, Fan, and juniors Lily Song (’23) and Eddie Ning (’23) took to stage to conclude the show, thanking the choreographers, dancers, attendees, and all other stakeholders.

Now with their culture show complete, ASIA looks to continue to facilitate educational events throughout the year. Meanwhile, the fun doesn’t come to an end for students – walk through the hallways after school and you’ll likely see preparation going on for the next culture show, Harambee, coming live to the Main Gym on February 25th.