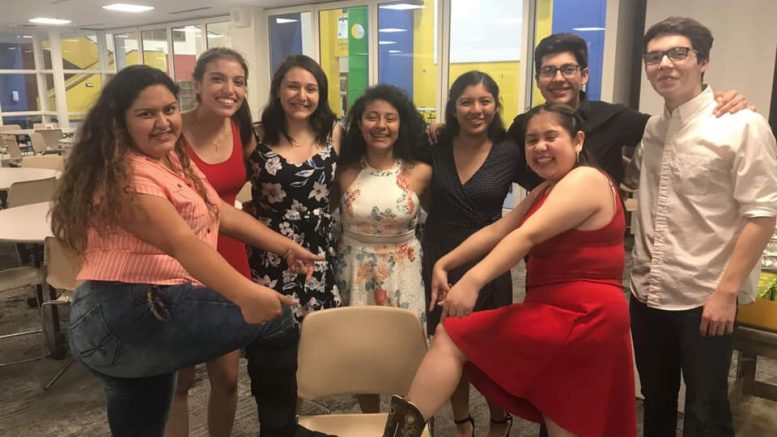 Alma Latina board after a sucessful show! Source: Facebook

This year, Alma Latina’s culture show, Casa de Alma, reached new heights. As the director, Denise Gutierrez (’19) said to all the participants before the show, Casa has grown tremendously in the past couple of years. In 2017, when the class of 2019 was sophomores, the show was only 1 hour long, and only took place on one day. From there, it has grown into a 2 hour long show, which has two separate days for 2 showings.

In 2017, the show’s script was a comedy which retold the history of Cinco de Mayo. Since then, the show has gone from a lighthearted script with fake accents and names stolen from the Disney channel to an educational story about the Deferred Action for Childhood Arrivals Act. The script this year, centered around a family with different immigration statuses, details the life of a DACA student, two undocumented parents, a natural born citizen, and the issues which they face as a family. Starring Luke Knutson (’19) and Natalie Sanchez (’20), the script offers a balanced combination of entertainment, education, and comedy.

Some yearly dances found their ways back into Casa such as Cumbia and Bachata. Salsa made a reappearance as well, however, the choreography was far different this year. Incorporating more stunts and formation work, it truly left the crowd in awe. This year’s show also included a new dance, Banda, which featured fast-paced stepping and a lot of repetition. For only the second year, Casa also included a modern dance. This year’s modern outdid most, if not all, dances which I have seen at IMSA during my three years at this school.

The amount of talent showcased in every single culture show is absolutely incredible. Every script, student-written and student-directed, continues to leave me speechless. Every dance, student-choreographed and student-taught, fascinates me. Every performance shows people what IMSA really has within its walls.

Casa de Alma specifically, “House of Soul,” will always have a special place in the IMSA community because its purpose is to bring people together. If you haven’t seen this year’s Casa de Alma, watch it here. You won’t want to miss out.