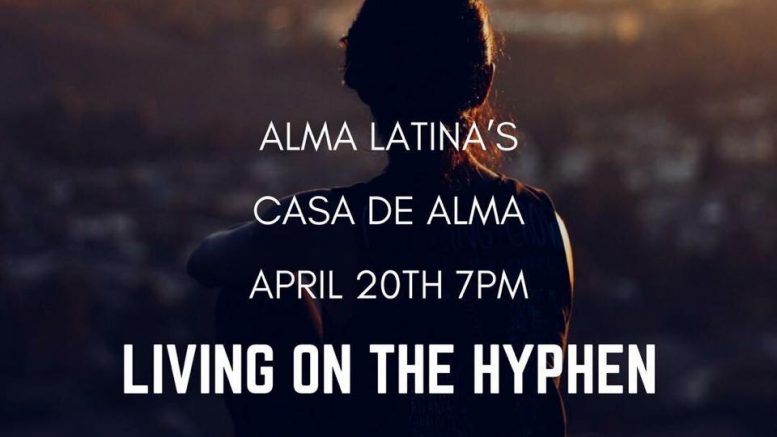 This year's Casa de Alma show is titled "Living on the Hyphen." (Source: Alma Latina Board)

Casa de Alma. House of the Soul. Alma Latina, IMSA’s cultural club spreading Latinx culture across campus, is hosting its annual culture show which features Latin American dance and music. Preparation for the show officially started in early February, where students signed up to participate in any dance or act of their choice. The show has 9 different kinds of Latinx dance with phenomenal solo performances sprinkled in between, all encased in a heart-wrenching script. The number of participants have been rising significantly, with this year’s show reaching its greatest number ever at over 130 participants!

This year’s script is titled “Living on the Hyphen,” which is a term that is used to describe those who are x-American, referring to those who are not only American, but Mexican-American, Chinese-American, and other families living on the hyphen. It follows three different characters, coming from different backgrounds and Latin American countries, where each faces the realities of living as a Latinx American in the United States. The central plot focuses around the characters’ interaction with their American peers, intertwined with the expectations of their parents.

Nyxel Camarena (’18), Alma Latina’s president, brings up an important aspect to the show – the inclusion of parts of the poem, “I am Joaquin” by Rodolfo Gonzalez, at the end of each scene. These are quotes from the epic poem that highlight what it means to be Chicano in the 1960s, a time of racial discrimination and the growing voice of Mexican American empowerment. Nyxel believes this incorporation is especially powerful, as the words  still resonate with Mexican Americans today.

However, the show is meant for everyone to enjoy, as Camarena says that all will relate to “the side comments parents make to us, the way we are treated by our peers (inside and out of the community), how we view ourselves, and the small things that make us, us.”

Sprinkled between the storyline are 9 dances of Latin America and singers, along with live guitar performances from our very own RCs. Alexa Gonzalez (’19), this year’s Casa de Alma director, speaks of a new addition to the show this year: “This year we’ve introduced Reggaeton, which is a Latin American hip-hop in a sense, and Modern, which includes a lot of Reggaeton and advanced Bachata styles, so we see people doing spins and lifts, which is really interesting this year.”

Gonzalez also talked about why Casa de Alma is so special to her and what she hopes to see in the future.

“For me, it’s the joy of seeing your culture on stage. I feel like Latin American people are truly a minority at IMSA and are often overlooked. Casa de Alma is usually a smaller show, but as of last year, we’ve gotten more participants, which is really interesting. I hope that in the future we’re able to have two shows.”

The show is truly a masterpiece of the Alma Latina board, and Camarena and Gonzalez both passionately share their personal relationship with the script and its meaning to the board. They have worked very hard on it, and the scenarios and lines are all examples from their own families, a personal connection they want to share with the rest of IMSA.

“You are enough,” said Gonzalez, when asked the message behind the show. “You are who you are. Don’t try to be more than your nationality. Being you is enough.”

With this heartwarming message in mind, come down to the auditorium at 7 P.M. on Friday, April 20th to witness the culmination of months of hard work from Alma Latina as well as the participants. You’re in for a touching, lively, soulful, and colorful sensation! And if that’s not enough to get you to come, there will also be food…you don’t want to miss Camarena’s favorite drink, horchata, right? ;)

Joanna Lee lives in 1503 and is the Managing Editor of The Acronym. She is from Naperville and enjoys traveling, reading, and going on the hunt to find the best chocolate chip cookie:)

Be the first to comment on "Enter the House of the Soul: Casa de Alma"