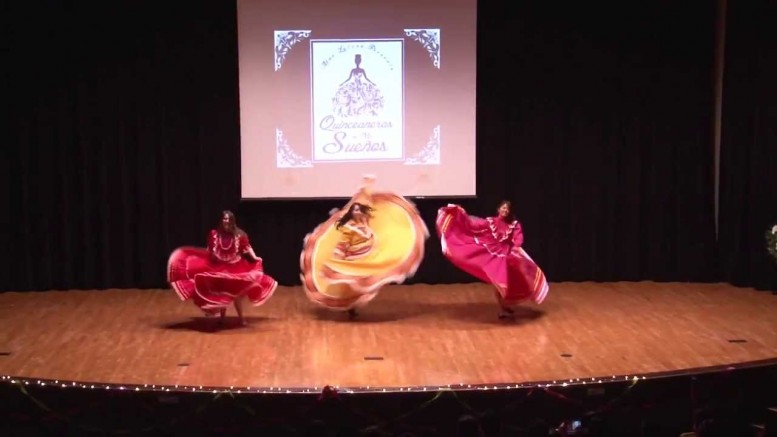 Students across campus have been working for the last 8 weeks to prepare for Alma Latina’s annual show, Casa de Alma. The performance is steadily approaching with less than a week left to rehearse, but the participants do not seem fazed. In fact, during a recent discussion about this year’s performance progress, I could see how confident and proud current Alma Latina president, Gissel Salas, is of the hard work everyone has put in to ensure the show’s success. She shared how “the dancers have been practicing for weeks and everything is finally starting to come together,” and said that she and the rest of Alma Latina “truly believe this will be their best show yet and can’t wait to share it with the rest of the community.”

However, for all of the confidence and pride of the Alma de Latina board and Casa participants, I have not seen as much buzz around the IMSA campus as I did for previous culture shows. While hundreds of students dressed up to celebrate Diwali and most people I talked to were either involved in or watched Lunar New Year, I haven’t had a single conversation about Casa. When I asked Gissel about this, she acknowledged the inequity of participation across the various shows. She feels understandably frustrated about how Alma Latina needs to work twice as hard to prove that they are as good as the rest of the cultural clubs, and how “students just typically aren’t as eager to attend Casa” even though the participants put as much effort into Casa as ISA and ASIA put into their events. She believes that if students would step out of their comfort zone and watch Casa, they would be pleasantly surprised.

The Casa show is made up of 6 dances and 3 musical performances united by a skit. Last year’s skit featured the literal and figurative marriage of two subsets of Latino culture, which highlighted the diversity within Latino culture. This year’s skit digs into cultural roots through an exploration of traditional Latino folktales, a plot that adds humor to the show and, in Gissel’s eyes, has the ability to “take the audience on an adventure with the cast.”

Come support the 71 actors, dancers, and musicians that are participating in this year’s Casa de Alma cultural show on April 22nd at 7 pm in the auditorium! There are no tickets, so everyone is welcome to attend and share in the festivities and the food.

Enter the House of the Soul: Casa de Alma

What Does Casa Mean to You?