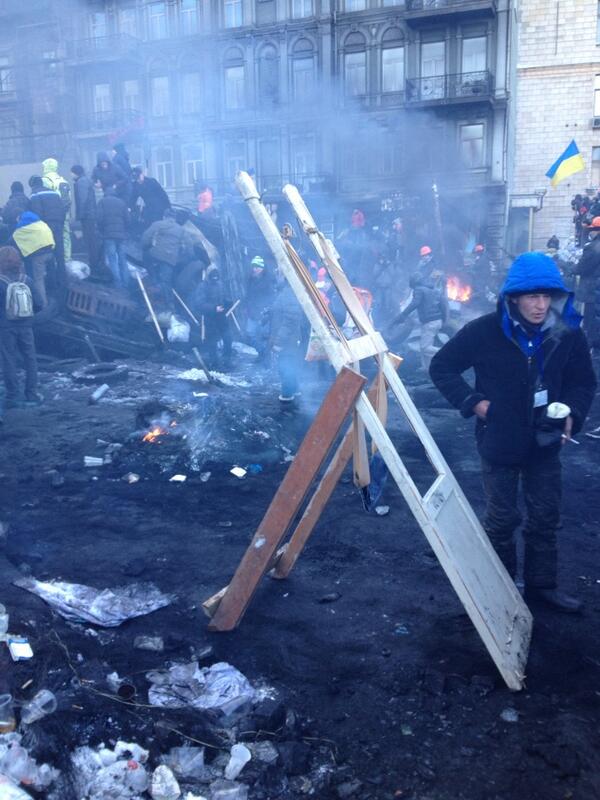 Through thick and thin, Ukraine has been fairly quiet until recently, when its people poured into the streets to riot against newly passed legislation.

For many years, Ukraine has been torn between two opposing sides: Russia and the European Union. In return for the loyalty of the Ukrainian government to the Russian regime, Ukraine often receives deals from Russia that would otherwise be unheard of. Just one month ago, President Putin agreed to buy over $15 billion in Ukrainian government bonds while slashing the price for Russian gas destined for Ukraine. Ukraine is also financially unstable and very close to defaulting. These deals help the economy immensely.

For these reasons, the Ukranian government wants to remain allied with Russia, against the wishes of a large amount of the population. To the people of Ukraine, the prospect of joining the European Union holds a much brighter and wealthier future. Not only do many people see the European Union as the gateway to a much freer economy, but also as a gateway to technological advances and the Western world. Although only a portion of the population supports continued relations with Russia, the Ukrainian government has recently been shutting out all public opinions. Results from the elections of 2012 show how the country of Ukraine is split between two parties: one of which supports relations with Russia.

Provoked by alleged accusations of President Janukovitch keeping Ukraine an economic backwater, not to mention accusations of corruption and misrepresentation, protests erupted around the country in the last few months.  Even more recently though, the government decided to put into place harsh laws that infringed on the Ukrainian people’s civil liberties. These laws only provoked the protests, leading them to the state that they are currently in. The portion of the country that is Pro-EU feels that it now has no other option than to oust President Janukovitch.

As the protests have raged on, people have begun to prepare themselves for what seems like battles, building barricades higher, and by obtaining shields and weapons.

Additional streams for live events (Courtesy of /u/sgtfrnkieboy on reddit):

And finally an infographic to explain what laws the government instituted that led to the outbursts of protests in Kiev: Updates on the Conflict Between Russia and Ukraine

Be the first to comment on "Chaos in Ukraine"