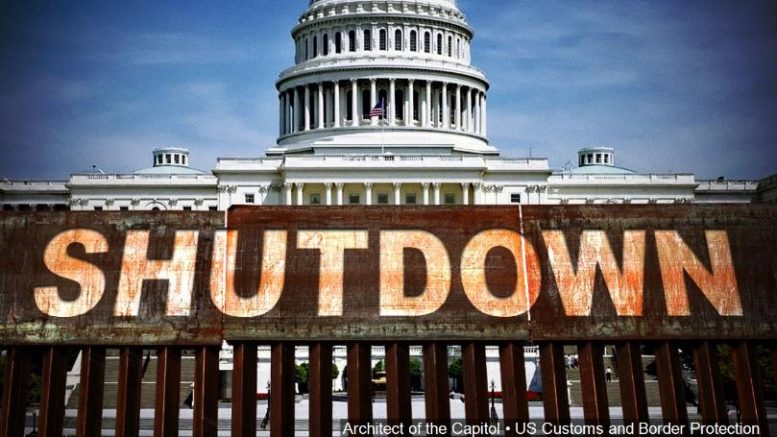 The U.S. government is at an impasse. It has been shut down for 32 days, the longest government shutdown in history, and has between 800,000 and 1 million people either at work without pay or furloughed. No matter which side of the political spectrum anyone is on, this is, quite frankly, a disaster.

The shutdown has been covered in every media source in the U.S. for the past month, with increasing amounts of concern. When the government shuts down for this long, there begin to be problems in the typical American’s life, even those who are not government workers and who don’t have to worry about their paycheck coming in. In order to fully understand what exactly is going on, we need to look at the causes of the shutdown and the potential consequences of keeping the government at a standstill.

One of the most obvious examples is the blatant trashing of the National Parks, with pictures spiraling around the internet and most other media sources showing trash cans overflowing and general uncleanliness in the parks. Worse, in Joshua National Park, a protected area specifically dedicated to saving highly endangered Joshua trees, people have begun cutting down trees, simply because there is no one there to stop them, should they choose to do that. Should the government shutdown continue into February, eventually funding will run out and not be renewed for the FDA or the IRS. If the IRS is shut down for too long, people will be unable to file their tax returns and perhaps then unable to pay their bills to buy groceries for themselves and their families.

The shutdown also keeps, as a conservative estimation, 800,000 workers from receiving a paycheck. If the government does not reopen within about a week, all the government workers from those sectors will have missed two paychecks. Since an estimated 75-80% of Americans live paycheck to paycheck, missing two paychecks in a row is a very big problem. Additionally, as workers are split into essential and nonessential groups, the nonessential group is furloughed, left to an unwanted, unpaid vacation that some people can’t afford to take. The results of these furloughs and hope-against-hope for back pay can be seen clearly in the TSA, where people have left their jobs to find new ones because they can’t afford to not receive a paycheck. Others have called in sick and are now working as Uber or Lyft drivers. While it may not be their preferred job, these workers need to be able to pay their bills, and though back pay will give what they’re owed, bills still have deadlines and need to be paid. Rent has to be taken care of; insurance has to be taken care of. If these workers aren’t going to be paid and they have these kinds of issues, there is nothing the TSA, particularly in this state, can do about it.

Furthermore, the government shut down will, at least for a short period of time, if not longer, begin to negatively affect the economy of the whole country. It’s estimated that for every day the shutdown continues, the U.S. loses 0.1% of its gross domestic product (GDP). Since over 800,00 workers are missing their paychecks, most of them cannot afford to go out to eat, to go shopping, to spend their money on anything other than the essentials. And if in some cases, these workers can’t afford to pay rent, then their landlords are ultimately losing money as well.

The biggest obstacle to reopening the government is that of the border wall. President Trump has refused to sign any bill until 5.7 billion dollars are allotted for the building of the wall. Nancy Pelosi (D-CA) and the Democratic Party are united in their attempt to halt the funding of said border wall. Since the Democrats are in control of the House, there is no way for a bill to get through if it has provisions for funding the wall. Whether or not you believe the wall to be a solution to immigration reform, it is now effectively halting our government’s ability to function properly.

There have been several proposals for new bills, in which everything except for the agencies that deal with illegal immigration are funded. Politicians on both sides of the aisle are seeking a way to stop the shutdown, fund the other departments, and discuss the wall and its possible funding after the shutdown has come to a close. President Trump has refused to entertain this idea, enforcing his “all-or-nothing” ideology on the wall. More recently, since the Department of Security is not funded, Nancy Pelosi has suggested that, if there will be no security, perhaps President Trump should postpone the State of the Union address. The exchange between the two has gotten increasingly petty on both sides as the days go on.

To add another layer of problems to this, there are unions that have begun cases against the government.  The Federal Aviation Administration, the U.S. Customs and Border Protection, and the Bureau of Prisons have already filed lawsuits, arguing that forcing federal workers to come to work without pay violates the Fair Labor Standards Act. A similar case, under the same lawyer, resulted in the courts ruling that the government had to pay the workers double what they should have received. Some of those debts are still being paid off.

Thus far, there is no end in sight to the government shutdown. As most news sources are fond of saying, the American people are being held hostage for political ploys. It’s time for our lawmakers to come to an agreement, even if only a temporary one, and relieve the pressure placed on federal workers across the country.

Kaleigh O'Brien is a senior of 1501 C wing, a Community Developer for 1501. She is so terribly excited to be writing for Acronym this year, and to have found yet another extracurricular to be involved in! Outside of the Bubble, she's a Writing Center tutor, Editor-In-Chief of the yearbook, and she runs track, occasionally cross country, and Irish dances about 5 times a week, plus some other stuff on the side. When she's not writing or studying, you'll find her . . . actually, you probably won't find her unless you catch her between meetings and practices, but she's down to talk all the time and any time.