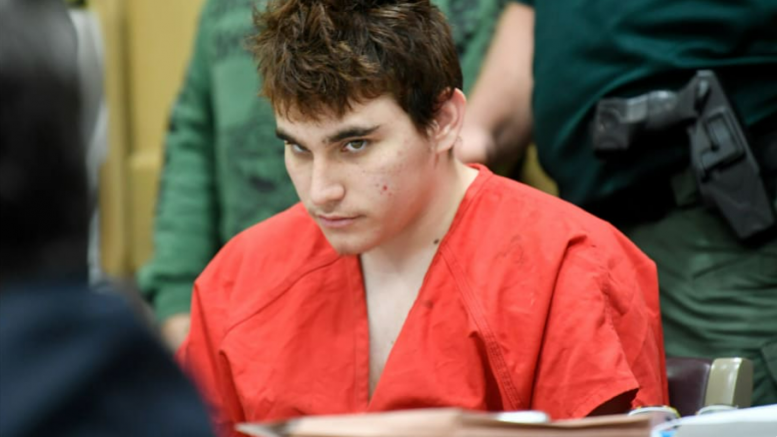 Nikolas Cruz, a 23-year-old inmate of Broward County Jail, pleaded guilty on Wednesday, October 20, 2021, to 17 charges of attempted first-degree murder and 17 charges of first-degree murder of the students and faculty of Marjory Stoneman Douglas High School. Roughly three and a half years ago on February 14, 2018, there was a shooting at this school, resulting in Cruz’s arrest.

Cruz’s defense team initially attempted to negotiate terms that would take the death penalty off the table and guarantee Cruz life in prison, the lowest punishment being considered for his actions, in exchange for his guilty plea. The prosecution, though, was not willing to change their minds on getting rid of the death penalty as the maximum punishment in this case, going as far as to say that this “certainly is the type of case the death penalty was designed for.”

The families of the victims also played a vital role in this decision as they were unwilling to change their minds on removing the death penalty as the maximum punishment. Tom Hoyer, the father of 15-year-old Luke Hoyer, who died in the Parkland shooting, said in a general statement after the guilty plea and apology, “…I don’t think this killer deserves any mercy. So I think whatever happens to him happens but it’s something we live with for the rest of our lives. There’s not going to be any closure.”

Judge Elizabeth Scherer ruled over the proceedings and spent about half an hour asking Cruz questions to make sure he understood what it meant to plead guilty to all these charges, reminding him there’s no changing his mind later. He responded in the affirmative. The court allowed him to release a statement of apology to his victim’s families that the families refused to accept. Cruz said, “I am very sorry for what I did, and I have to live with it every day. And that if I were to get a second chance, I would do everything in my power to try to help others. And I am doing this for you, and I do not care if you do not believe me and I love you and I know you don’t believe me, but I have to live with this every day and it brings me nightmares. […] And I just want you to know I’m really sorry, and I hope you give me a chance to try to help others. I believe it’s your decision to decide where I go and whether I live or die. Not the jury, I believe, is your decision. I’m sorry.”

In the court of law, however, it is a jury’s decision whether Cruz will live out his days in a prison cell or be given the death penalty. Beginning January 4th, 2022, the court will screen candidates to construct an unbiased jury. The judge believes this may be a slightly harder process than in other cases since, even though years have passed. Many in the country are still healing from the pain the incident spread across the nation. Testimonies of witnesses of the event will be given on the side of the prosecution, and the defense is predicted to use factors such as the defendant’s unstable mental health to help lessen the overall severity of the final verdict at the penalty phase of this case.

The Parkland shooting began when Cruz took an Uber to the school, walked in the building at roughly 2:21:33 PM, and then set off the fire alarm and some smoke grenades before firing with an AR-15 style rifle at students and faculty as they spread out into the hallway. He also fired directly into classrooms, so even those who heard the shots and sheltered in place were not safe.

Cruz was a former Marjory Stoneman Douglas student and knew which floor to be on, where everyone would be at what time, and, therefore, the best time to come in and complete the job. The then-19-year-old had been a troubled child at school, expelled only a year before for behavioral issues. He had posted many alarming images of guns and knives on his Instagram page.

Cruz’s old classmates did not seem surprised by his actions. One student said “Honestly a lot of people were saying it was going to be him. A lot of kids threw jokes around like that, saying that he’s the one to shoot up the school, but it turns out, you know, everyone predicted it.” When entering the building, Cruz ran into a student and told them “You better get out of here. Something bad is about to happen” before continuing up a flight of stairs to begin his attack.

Cruz had even recorded a video before attacking the school stating: “With the power of my AR, you will know who I am” and “My life is nothing and meaningless. I live a lone life. I live in seclusion and solitude. I hate everyone and everything.” In 2018, National Public Radio reported that 911 had been called dozens of times and the FBI at least two different times with tips about Cruz years before the incident took place, with complaints that weren’t directly related to the incident but could have been more carefully examined, identifying a pattern of behavior that could lead to tragedy of this kind.

Even in his short stint of three and half years in prison, Cruz has already managed to obtain a 26-year sentence for the 4 charges against him for assaulting an officer of law enforcement. This will shortly be added to the sentencing ruling that will follow Cruz’s guilty plea.