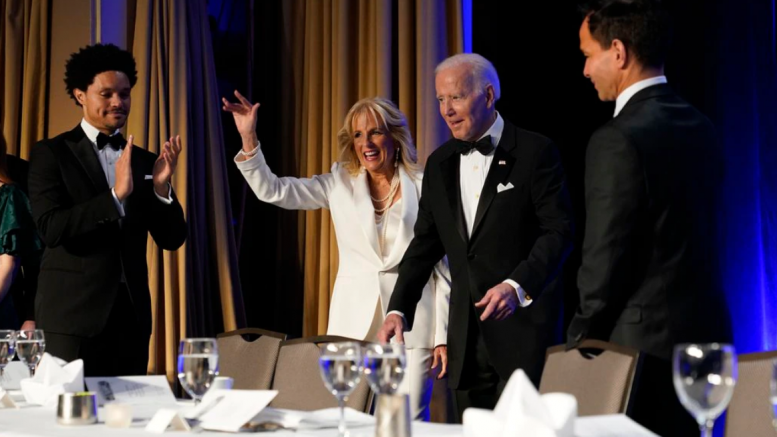 For the first time in three years, the White House Correspondents Dinner was able to host the actual president of the United States, making it all the more memorable. According to the White House Correspondents’ Association, the dinner “honors distinguished print and broadcast journalists for excellence in overall coverage of the White House” and “recognize outstanding students and young journalists.” However, there has been controversy surrounding this event because it allegedly shows the closeness of the press with the presidency and may distort genuine, truthful news. Additionally, with the invitation of the most elite and powerful people, the event becomes more “Hollywood-focused” instead of raising money for the young journalists who are making a difference. Regardless, the obvious pinnacle of the whole ordeal was the guest speaker: Trevor Noah. Here are a few highlights from the night.

For around 25 minutes, Trevor Noah managed to poke fun at (perhaps with a twinge of truth) journalists, news stations, politicians, and celebrities present in the room. However, he ended on a positive note, reminding the audience that although the people in the room may have some serious flaws, the purpose of the event is to honor and celebrate the truth. By referring to journalists and reporters as “bastions of democracy,” Trevor Noah challenges us all, not just the audience, about the power of the freedom to voice the truth.

Be the first to comment on "White House Correspondents Dinner: Trevor Noah"