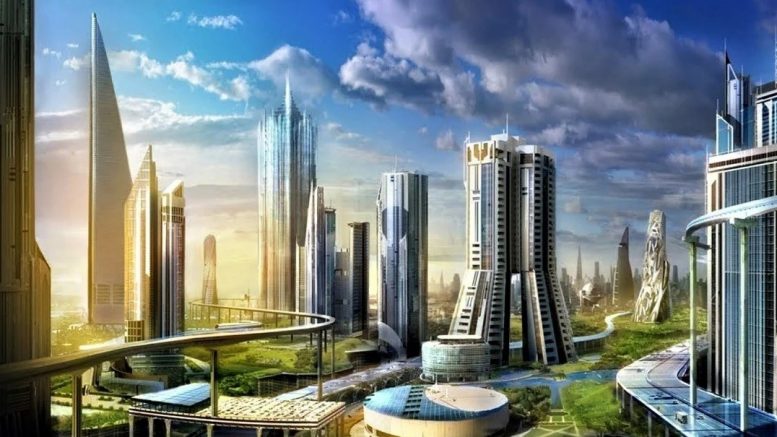 As plans for the megacity develop, Saudi Arabia has appointed Banque Saudi Franci CEO, Rayan Fayez, as the first-ever deputy CEO of its NEOM project. Described by the US-Saudi Business Council as “the most ambitious project on earth,” NEOM is a $500 billion “zero-carbon, renewable energy powered smart city” that Saudi Arabia plans to build in its northwestern Tabuk Province.

NEOM was announced by Saudi Crown Prince Mohammad bin Salman in 2017 as part of the Saudi Vision 2030 framework, which aims to reduce Saudi economic dependence on oil, develop the country’s public sector, and increase government military expenditure. Situated between Egypt and Jordan, NEOM itself will mainly serve the first of these goals. The organization responsible for Saudi sovereign wealth, the Public Investment Fund, has said the city’s “strategic location will…facilitate the zone’s rapid emergence as a global hub that connects Asia, Europe, and Africa.”

Though it is intended to strengthen Saudi Arabia’s position within the global trade network, NEOM will be semiautonomous, operating on a judicial system independent of its parent country’s. As a transnational city, it will stretch to encompass swaths of Jordanian and Egyptian land. 26,500 square kilometers of the area will be Saudi Arabian, and Egypt has agreed to allow the project 1,000 square kilometers of its South Sinai governate.

Less information is available regarding a potential Jordanian contribution of land. A February 3rd article from the Jordanian News Agency Petra tells of a meeting between Jordanian Prime Minister Bishr Khasawneh and Chairman of the Saudi Shura Council Abdullah Al Sheikh, explicitly mentioning NEOM in its recap of the leaders’ discussion of their countries’ security and economies. However, it does not discuss whether Jordan is amenable to the project, let alone whether the country has decided to support it.

Arab News likewise reports that Saudi Arabia is seeking “cooperation with Jordan” to propel the project, but it does not explicitly state whether Jordan has accepted Saudi Arabia’s “terms of collaboration.”

Whatever Jordan’s opinion of NEOM, Saudi Arabia has proceeded in developing the region. Funding, which has come from private investors and the Public Investment Fund, has become a pressing matter. Fayaz has been appointed to manage project finances. “At some point,” Arab News writes, NEOM “needs to generate income and manage a complex system of consolidated balance sheets for all of its upcoming subsidiaries.” Fayaz will oversee such needs. Further, with him in charge of finances, NEOM CEO, Nadhmi Al-Nasr, will be free to focus on the engineering aspects of the city.

Plans paint a picture of a NEOM that will be powered solely by clean energy, namely wind and solar. The city will also produce substitutions for the oil Saudi Arabia currently exports: The US Air Products & Chemicals, Inc. has announced that it will build the world’s largest green hydrogen plant in NEOM. Additionally, Mohammad bin Salman has expressed that Saudia Arabia intends for robots to have a presence in the city. “Everything will have a link with artificial intelligence, with the Internet of Things—everything.” The city itself, located as it is in the middle of a desert, between mountains and the Red Sea, will be a feat of engineering in its own right. According to the plans, it will be thirty-three times the size of New York City.

The city’s name comes from the Ancient Greek Neo- (“new”) and the Arabic Mustaqbal (“future”). Time will tell what Saudi Arabia is able to create.

Byproducts of the Rush for Green Energy

Be the first to comment on "“The Most Ambitious Project on Earth:” Saudi Smart City NEOM Appoints First Deputy CEO"