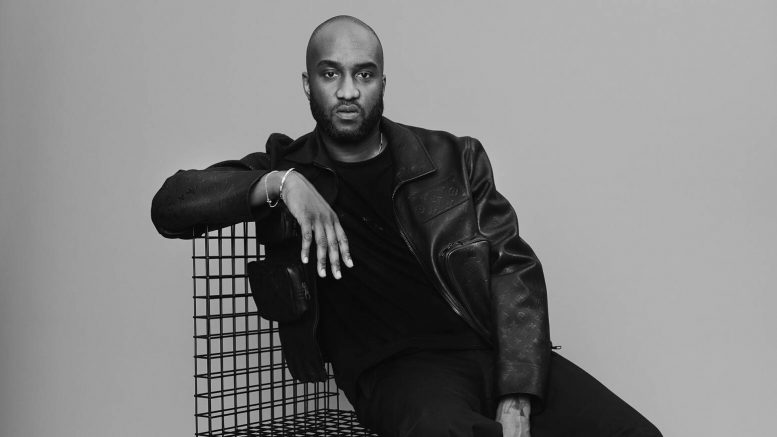 On November 28, 2021, Virgil Abloh, the artistic director of Louis Vuitton menswear collections and founder of Italian luxury fashion label “Off-White,” died after a struggle with cardiac angiosarcoma. Abloh was diagnosed with this rare cancerous tumor in 2019, afflicting the young designer’s heart for approximately two years until his passing on Sunday in Chicago, IL. As the first African-American designer for Louis Vuitton, Abloh was often credited for bridging the commonly juxtaposed fashion worlds of streetwear styles, music, and high luxury labels.

A Journey to the Top of Fashion 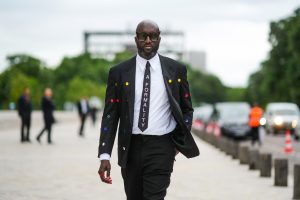 Born on September 30, 1980, just outside Chicago, Abloh and his sister were raised by two Ghanaian immigrant parents, Nee and Eunice Abloh. While attending the Boylan Catholic High School in Rockford, his mother, a seamstress, taught him various techniques, piquing his interest in the creative details behind clothing.

Following his graduation, Abloh completed his bachelor’s degree in civil engineering at the University of Wisconsin-Madison and subsequently moved on to receive his master’s degree in architecture from the Illinois Institute of Technology (IIT). At some point during these college years, Abloh approached Kanye West’s former manager John Monopoly and began to work together with West soon after.

In 2009, both West and Abloh interned at Fendi in Rome (majority-owned by Moët Hennessy Louis Vuitton — LVMH, a fashion conglomerate that owns Louis Vuitton, Christian Dior, Gucci, Yves Saint Laurent, and many others), gaining the attention of many executives throughout the fashion world.

Later in the same year, the pair made an appearance at the Paris Fashion Week, showing off various styles of clothing clearly inspired by West’s R&B musical background combined with pieces picked up from a variety of Italian and French fashion labels. In a 2019 interview with GQ, Abloh explained the roots for his design choices:

Streetwear wasn’t on anyone’s radar, but the sort of chatter at dinners after shows was like ‘Fashion needs something new. It’s stagnant. What’s the new thing going to be?’ That was the timeline on which I was crafting my ideas.

In 2010, Abloh was officially appointed as the creative director of West’s creative agency dubbed Donda. This leadership position opened up Abloh for many future roles, including the launch of his first brand known as Pyrex Vision, New York. A few years after the establishment of Pyrex Vision, he shut down the company and began a new label housed in Milan, Italy: Off-White (2013). The name, symbolizing the genre-bridging and experimental fashion style that Abloh was known for, soon became a globally known name. Various major brands looked to form brand deals with Off-White, and the label goes on to collaborate with the likes of Jacob the Jeweler, Jimmy Choo, Warby Parker, and Nike.

Five years after the establishment of Off-White as a high-fashion label, Abloh was officially named artistic director of Louis Vuitton’s menswear collections, replacing his close friend and long-time mentor, Kim Jones. Abloh subsequently made a statement regarding his feelings on the appointment:

It is an honor for me to accept this position. I find the heritage and creative integrity of the house are key inspirations and will look to reference them both while drawing parallels to modern times.

In July 2020, after two immensely successful years of serving as artistic director of Louis Vuitton menswear and collaborating with a wide variety of major-industry players, Abloh was promoted to a new position overseeing all 75 brands tied under the LVMH conglomerate. This expansive position secured his spot as the single most powerful African-American executive across the globe, as he controlled the workings of the most widespread luxury group in the world. 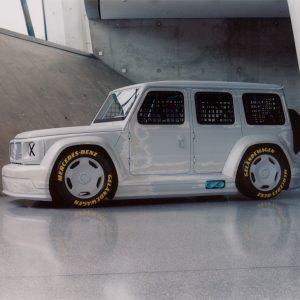 Virgil Abloh’s influence extended well beyond the walls of high-end fashion, bringing an unprecedented and nontraditional outlook when it came to directing the creative choices of LVMH. He would take partnerships with brands often overlooked by the rest of the luxury fashion industry, drastically disrupting the years of stagnant trends to an extent often compared to that of Tom Ford as creative director of Gucci and Yves Saint Laurent. He would frequently delve into entirely different industries, including collaborations with the National Basketball Association (NBA), German car manufacturer Mercedes Benz, mineral water brand Evian, and many others, eliminating many of the boundaries that had historically confined high-fashion. Abloh left a clear mark on the fashion industry that will continue to play a major role for many years to come.

Be the first to comment on "Remembering Virgil Abloh: Design Icon, Dead at 41"