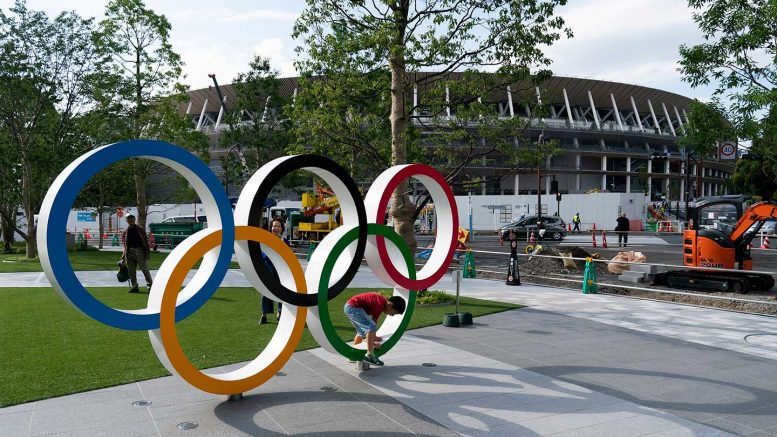 The Tokyo Olympics were rescheduled to take place in 2021 | Source: thenation.com

Last week, Russian military intelligence, specifically the Main Directorate of the General Staff of the Armed Forces of the Russian Federation (G.U.), was accused by the United States and the United Kingdom of hacking the Tokyo 2020 Olympics.

But how could the 2020 Olympics be hacked if it never even took place?

During the planning for the Olympics, data was stored on various networks on Japanese systems. The UK’s National Cyber Security Centre claimed they found Russian malware “designed to wipe data from and disable computers and networks” for the 2020 Olympics planning.

Dominic Raab, the U.K Foreign Secretary, denounced the G.U. for their actions and called them “cynical and reckless.” U.S Assistant Attorney-General John Demers also chipped in: “No country has weaponized its cyber capabilities as maliciously and irresponsibly as Russia, wantonly causing unprecedented collateral damage to pursue small tactical advantages as fits of spite.” Six members of the G.U. were accused by the U.S and the U.K.

Russian hacking in the Olympics is not an isolated occurrence. The 2018 Winter Olympics and the Rio 2016 Summer Olympics were also purportedly hacked by G.U. members. Though officials have not arrived at a common consensus, the main reason for the Russian hacking is apparently in response to a doping ban, especially because Russia manipulated doping data in 2019.

The Olympics, which are supposed to be a fair sporting competition between countries throughout the world, have seen Russian forces perform unjust measures to better their global reputation (or worsen the reputation of others) on several occasions. However, poetic justice carries through, and their highly publicized cheating scandal harms Russia much more than the hacking helped.

Juniors, Are Sports Really Helping You?

How to Actually Accomplish the “Couch to 5K” Transformation: Tips from a Amateur Marathoner

The Detrimental Effects of Sports-Crazed America