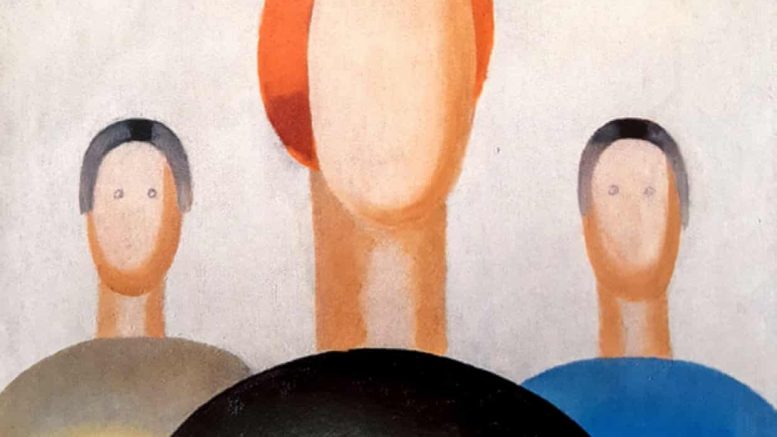 The Three Figures Painting in Russia, defaced by a bored security guard

On December 7, 2021, visitors at Russia’s Boris Yeltsin Presidential Center noticed one painting was slightly off. Anna Leporskaya’s Three Figures, a renowned painting from 1932 and is estimated to be valued at around $1.4 million (USD), exhibited new sets of eyes. The original painting contains three human figures with no facial features, but an allegedly “bored” security guard on his first day on the job decided to take a ballpoint pen to draw on eyes. 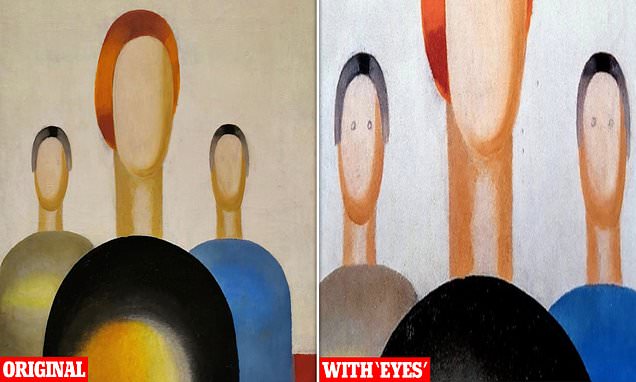 Comparison of Anna Leporskaya’s Three Figures before and after the vandalism || Source: Daily Mail

Initially, the ministry of internal affairs deemed the issue “insignificant” and would not conduct an investigation into the matter. Many complaints later, the police department opened up an investigation in early February of 2022. The ballpoint pen used to deface the painting was not used with great pressure, meaning that the painting is not incredibly challenging to restore. However, the pen still broke through the first layer of paint and created crumbling on the left figure, much to the dismay of curators. Estimated costs for reparation are around $3,345 (USD).

The identity of the vandal is the now-fired security guard Alexander Vasiliev, aged 63. He defended his actions by appealing to his time as a war hero in the Chechen War. He said he suffered severe wounds which made it difficult for him to move physically, but that he also endured psychological strain, something he cited as a reason for his vandalism.

At first, he claimed that he was bored and didn’t understand the value of the painting. According to Daily Mail, he even claimed he never liked the painting. Now, he has changed his tune to assert that he was “egged on” by a group of schoolgirls who told him to doodle eyes on the painting because they didn’t like it. An examination of security cameras has not revealed this group of schoolgirls. Regardless, he expresses remorse for his actions, admitting, “I’m a fool for what I’ve done.”

It seems, however, that history tends to repeat itself. In 1913, a clinically insane spectator of Ilya Repin’s Ivan the Terrible and His Son Ivan was stabbed with a knife; the same painting was ripped off of its stand in 2019. Each perpetrator claimed that they were too emotionally overcome by the painting and had such strong hatred for Ivan the Terrible.

Be the first to comment on "Defacing the Three Figures"