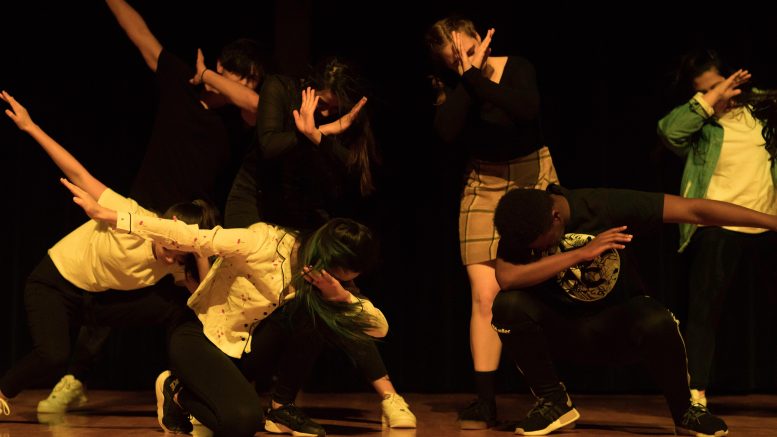 This past Friday (2/9), Asian Students in America (ASIA) hosted their annual Lunar New Year show. Full of dances, singing, acting, and other acts to celebrate Asian culture, the show is held every year in February to educate others about Lunar New Year and Asian culture. However, the show encountered a few obstacles this year.

The 2018 Lunar New Year show occurred in the wake of the flu outbreak and the subsequent, unprecedented school closure, which took out most of the last week of January. Thus, ASIA lost an entire week of practices leading up to the show, and all acts faced major setbacks due to the reduced prep time. ASIA’s President, Robert Luo (’18), could feel the pressure.

Unfortunately, they were unable to reschedule the parent show due to scheduling conflicts with the auditorium reservations, so ASIA were forced to make a difficult choice: either to present one show for both students and parents, or two separate shows across two weeks.

“If we had only one show, the auditorium would have been overcrowded,” said Lunar Co-Chair Lewis Oh (’18). “Amy Woods suggested that we just live-stream the entire show to the Pearson Lecture Hall.”

Ultimately, ASIA decided on two shows. As a result, the parent show and student show were in two separate weeks, with the parent show before the student show. ASIA presented a successful show to parents on Saturday, February 3, without its usual script scenes in between student performances.

“ISP was unable to get cues in, and because the script actors as well as the ninjas hadn’t practiced with cues, we felt – along with Mr. Ordonez and Amy Woods – that it was best to cut script from the show,” Luo explained.

After the parent show, Lunar participants had another tech week to get through before the student show. However, on the day of the student show, classes were canceled due to a snowstorm. ASIA panicked, knowing that the show was also in danger of being canceled, but everything worked out – as Lunar Co-Chair Amahlia Su (’18) said, “It was mostly about placating people’s fears and telling them ‘go enjoy your day.'”

Throughout each issue, ASIA Board had to focus on creating the best show they could given the circumstances. With the amount of stress they were under, Executive Board Member Mike Xu (’18) said that “we all had to get together to support [each other] as we were organizing the event and pitch in where we could.”

However, despite every setback and surprise, members of ASIA Board described the show as “life-changing,” “gratifying,” and “amazing.” Each show drew in numerous compliments and positive reviews, as parents, students, and performers alike were extremely impressed by the efforts of ASIA Board. The future of the Lunar New Year show appears bright to Vice President Catherine Luo (’19), who hopes to have more “hype events leading up to the show, including midday events,” while also making the show “catered more towards the audience” in upcoming years.

“No matter how hard it gets, IMSA students make sure that they put their best effort forward,” said ASIA President Robert Luo (’18), reflecting on the 2018 Lunar New Year. “That’s what I love about this place.”

Be the first to comment on "Lunar New Year: Challenges, Setbacks, and Successes"