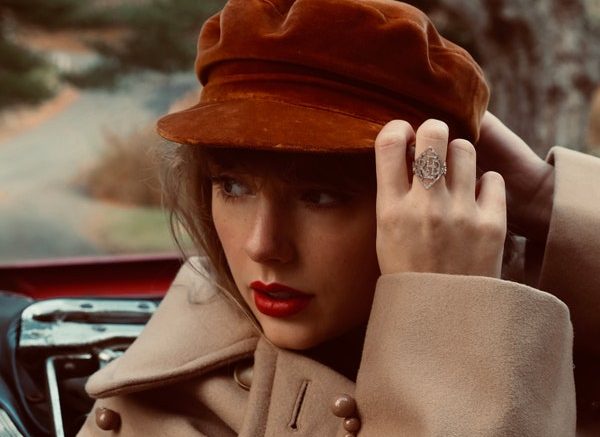 Taylor Swift dropped her re-recorded Red (Taylor’s Version) album on November 12th and fans rushed to stream all 16 tracks. Without a doubt, the album was an extreme success, earning number 1 on the Billboard 200 Chart. While the re-recorded album stayed mostly true to its original, there were subtle changes in melody, tone, and instrumentals. For instance, the instruments were adjusted in volume and certain notes were altered in “Sad Beautiful Tragic” and “We Are Never Ever Getting Back Together”. However, most notable were the changes to “Girl at Home” and “All Too Well”. “Girl at Home,” a proper, strumming-driven song in the original album, was remade into a heavy pop song for the re-recording. “All Too Well” was extended into a 10-minute demo because Swift was able to dig up old lost verses to the song.

With respect to the music industry’s excitement over the re-recordings, The Acronym was able to survey a plethora of IMSA sophomores, juniors, and seniors to gather student opinions on Red (Taylor’s Version).

How do IMSA students rank Red (Taylor’s Version) on a scale from 1 to 5? 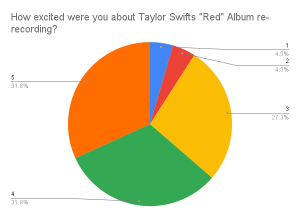 “I absolutely love Taylor Swift and was beyond happy with what she produced for the Swifties. Not only were the re-recorded songs very good, but the sounds from her Red Vault were also very good. She gave us essentially two albums in one, and her lyricism shined through each song!” – Rujuta Durwas

“I was very excited about the Red re-recording because I wanted to see Taylor’s growth in my favorite album of hers. I believe that her new singing style fitted with the slower, more somber songs on the album like “Sad Beautiful Tragic” and “Come Back… Be Here” compared to the more upbeat ones like “I Knew You Were Trouble”. The Vault tracks were very captivating in their unique ways, but “Forever Winter” stood out to me because it shines light on mental health.”  – Margaret Wei

“I thought it was interesting that she was re-releasing it. I heard from others that her voice has matured. I am not interested in TS, but I think her songs are good. ” -Anonymous

“I was very happy with most of the music. My favorite songs are The Last Time and Better Man.” – Haley Rodriguez

“I feel indifferent about the album so far. I have yet to hear all the songs. However, the songs I have heard are really cool.” – Rishik Reddy Ummareddy

“I thought it was really good especially because Red was originally one of my favorite albums.” – Anonymous

“I was surprised about how modern and crisp the Taylor’s Version tracks are. Re-recordings ideally sound identical to the originals, but if you’ve been listening to RED since 2012, it’s easy to hear the difference.” – Emily Nakiganda

“At first, I was a little apprehensive because Red at the bottom of my ranking for her albums originally. However, once I listened to State of Grace (the first track) and played the whole album without skipping a song, I felt euphoric. It was truly a masterpiece.” – Sabrina Zhang

Be the first to comment on "“Red (Taylor’s Version)”: What IMSA Students Think"