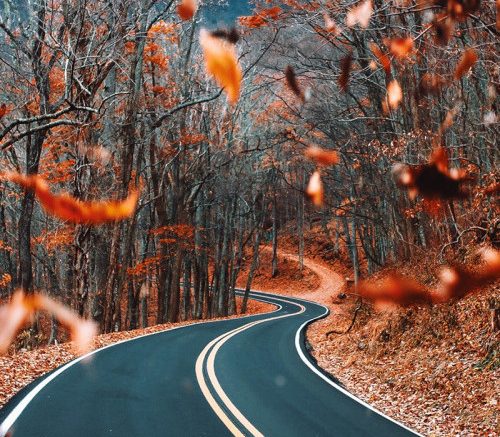 As the end of autumn nears, enjoying a catchy fall playlist is a perfect way to relax and close out the season. Music is an effective tool for studying, napping, or even motivating yourself to go for a walk outside. Although everyone has different tastes in music, this article can be a good starting point in (re)discovering those autumn vibes before winter arrives in late December. (Songs were chosen from an assortment of fall playlists from Spotify.)

Bon Iver is an American band of five members that focuses on Indie rock and folk, founded by Justin Vernon in 2006. Their popular songs include “Wash” in their album Bon Iver, Bon Iver, “Flume” in For Emma, Forever Ago, and “Heavenly Father” in Wish I Was Here film soundtrack. (Bon Iver – 33 “GOD” Lyrics | Genius)

Song #2 — “Stubborn Love” by The Lumineers

Based in Denver, Colorado, The Lumineers are an American band that specializes in folk rock and indie folk and pop. The founding members are Wesley Schulkz and Jeremiah Fraites. Some of their songs include “Ho Hey” in 2012, “Ophelia” in their album Cleopatra in 2016, and “Sleep on the Floor” also from Cleopatra. (Stubborn Love | Spotify)

Song #3 – “Sweater Weather” by The Neighbourhood

The Neighbourhood (also known as the NBHD) is an American band consisting of Jesse Rutherford, Jeremy Freedman, and Zach Abels, and Mikey Margot, focusing on genres of rock, indie rock, Contemporary R&B, and pop rock. They currently have a record label with Columbia Records and popular albums include “I Love You,” “Wiped Out!,” and “The Neighbourhood.” (Stream The Neighbourhood | SoundCloud.)

Song #4 – “Wake Me up When September Ends” by Green Day

Green Day is an American rock band from California formed in 1987 by Billie Joe Armstrong and currently consists of three members. Their style includes punk rock and pop-punk, and they have record labels with Reprise Records and Epitaph Records, to name a few. Some popular songs include “Boulevard of Broken Dreams” from their album American Idiot, “21 Guns” from 21st Century Breakdown in 2009, and “Basket Case” from Dookie in 1994. (Wake Me Up When September Ends… | LoveThisPic.)

Ed Sheeran is an English singer-songwriter, beginning his career in early 2011. His music focuses on genres such as pop, folk-pop, and soft rock. Some popular songs include “Perfect” from his album Divide (÷), “Shape of You” from Divide (÷), and “Thinking Out Loud” from ×. (Autumn Leaves, Ed Sheeran | PicCollage.)

Ryan Montbleau is an American singer-songwriter and guitarist focusing on genres of folk and folk-pop. His popular albums include “I Was Just Leaving, “Woodstock Sessions,” and “For Higher,” and some songs include, “75 and Sunny,”  “I Don’t Want to Go,” and “All or Nothing.” (Stream Fast Car | SoundCloud.)

Samuel Lewis (SG Lewis) is an English singer-songwriter and record producer, focusing on genres of deep house and dance/electronic. His record labels include PMR Records, Virgin EMI Records, and Republic Records. Some popular songs include “More Than A Woman” from his album Pure Love, “Vibe Like This” from AudioLust & HigherLove, and “Feed The Fire” from Times. ( SG Lewis – times | Reddit.)

November and December can be a tough time to go through for some people, whether that’s with college applications, organizing holiday events, or just school in general. As a result, music is one of the best ways to relax and unwind. There are so many more awesome songs out there reminiscent of autumn to explore, but feel free to take a look at the songs above to get started. Happy listening!

What Your Favorite Candy Shows About Your Personality